OK. First I need to specify that I loved Wendy's kitchen even before the second remodel. She and her husband bought their house a few years ago and it really needed some work. The picture below is the "before before" picture. 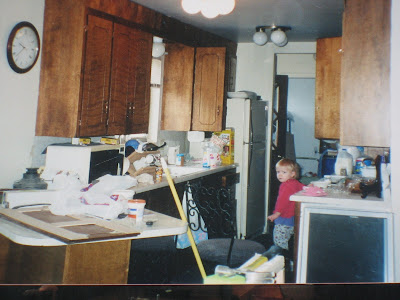 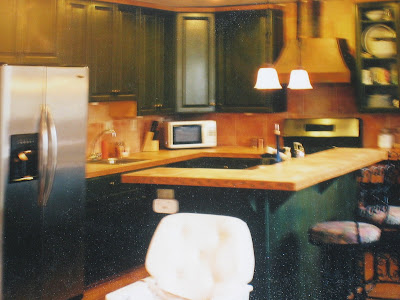 This is the original "after". I loved the green cabinets, and the counters were a rustic tile. What I liked most about this kitchen was that it didn't look like everyone elses kitchen (like mine kind of does). There was some originality there. She used to hang all these antique cooking utensils on the walls, including her abelskeevers pans (which she cooked for me one weekend --YUM!). It was a really happy peaceful place to be. Wendy really wanted more space though by this time, and they had LOTS of space in the backyard to expand into, so they decided to remodel again. Before I show you those after pics, thought you'd like to see the before and after of the front of the house. Well, actually it's the "during" and after. 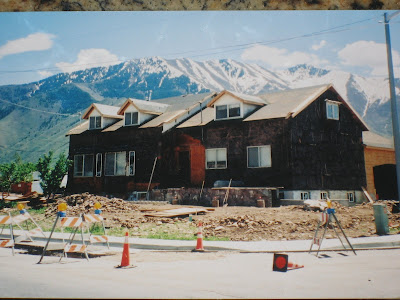 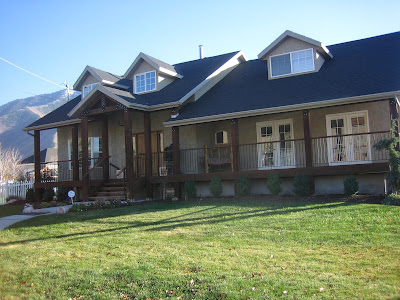 OK. First , below is the overall after of the kitchen (with one of her sons and his friend). 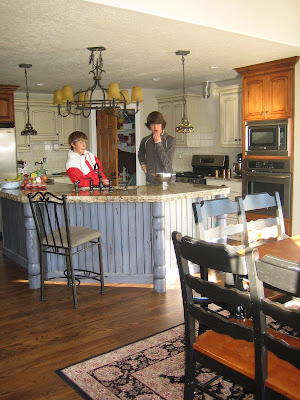 Isn't it light and pretty? 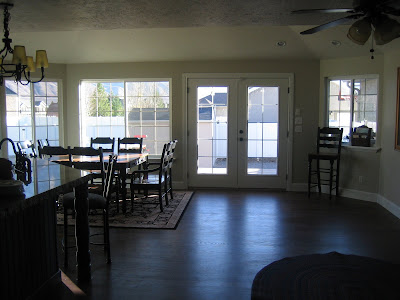 This is the addition. Basically this whole room wasn't here before. I wasn't present during any stage of the remodel, and when I walked in here my mouth dropped open. it was hard to believe it was the same house. 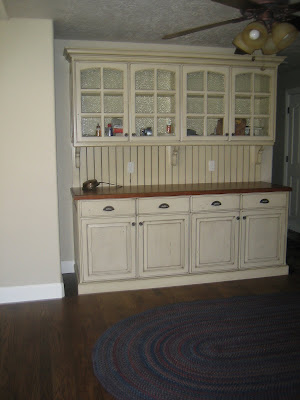 This unit is on the side. I love this white with a dark glaze look --I should maybe show you guys Audrey's kitchen while I'm at it. She's got a really similar look. 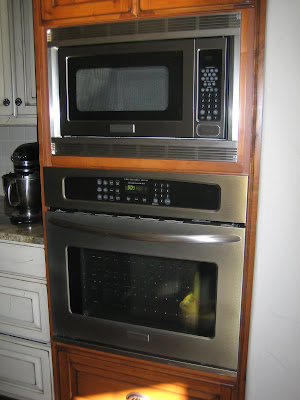 For accent, Wendy did a natural alder to surround her oven/microwave wall 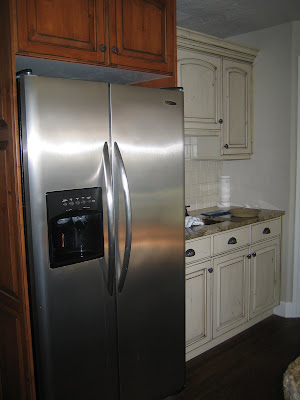 and her fridge wall.


The best part though was the island. All of the granite in this kitchen was lovely, but there was a beautiful thick slab for the island with a natural broken stone edge. 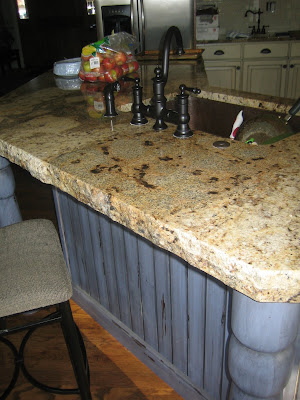 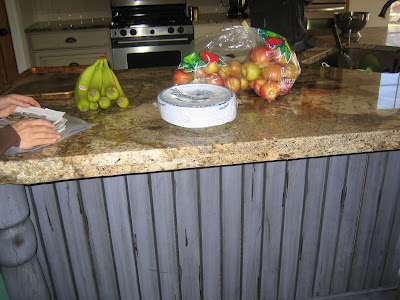 Overall the effect was very classy, with still a little of that originality that made me fall in love with the first version of the remodel. Now if I can only wrangle another invitation for abelskeevers.......

RECIPE: by Nancy Proper (I don't think Wendy used this much shortening)

This requires a special pan, called an Aebleskiver (pronounced Able Skeever) pan or a Monk's Pan. Can be found in cooking store.

Seperate the eggs, beat the whites till stiff and set aside. Mix all of the other ingredients, incl. the egg yolks, and beat until smooth. Allow batter to set for 30 min. Fold in the egg whites. Put about 1/2 tbsp. of shortening in each cup of the pan and heat. Pour in about 2 tbsp. of the batter in each cup and as soon as they get bubbly around the edges begin turning them - a cake tester works great for this, or a fork. Turn them a bit at a time, letting them re-set with each turn so they form a nice ball. Contin. cooking until the cake tester comes out clean when poked through the center. Serve hot with maple syrup, Rasp. jam or powdered sugar. (Wendy did strawberry syrup, and then did some others with ham and cheese -really good)

Pretty pretty. I like the look of the cabinets. Give my congrats on a well done kitchen.

Yum---I just made these last weekend for my son's class presentation on Denmark. To "grease" the pan each time I just use oil and a basting brush. Super fast and easy. And I turn them with a toothpick. And I swear you HAVE to eat them with butter and powdered sugar. :)

It looks like a kitchen from a magazine. Boy models and all!