A new experience is character building. 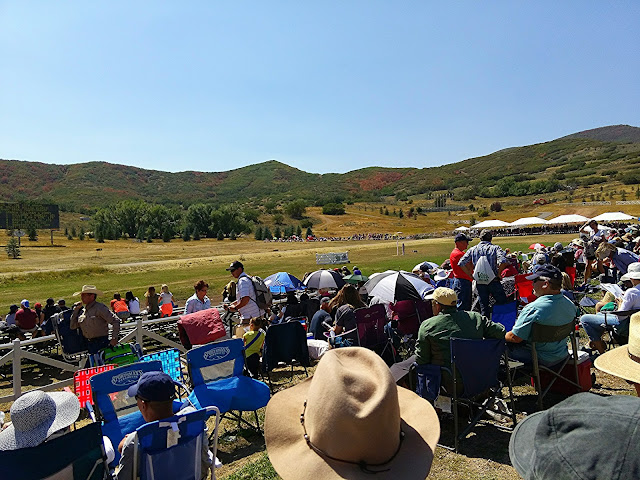 Oh do I have some blog posts for you! I'm so behind in recording our adventures, so I figure I'll just start with the oldest and work my way forward.

On Labor day, we took our kids up to Midway for the Sheepdog championship. The closest I've ever been to something like that was watching the movie Babe, but I thought it might be fun, and certainly would be a different experience for our family.
It was a huge crowd. There were dogs from Canada and Australia, from all over. Pretty amazing.

I was fascinated by the process. I wanted to take great pictures, but as you can see, the herd of sheep is a little blur on the right side, and the dog is a black dot to the left of them. Those dogs were speedy! They started from right in front of the crowd, and sprinted up into the foothills to grab the herd. I asked Tia if she thought anyone on her cross country team was that fast, and she assured me that they weren't even close. The dog rounded up the herd and moved them through a set of gates, and down to the center field where he/she separated out at least five, then penned the rest. 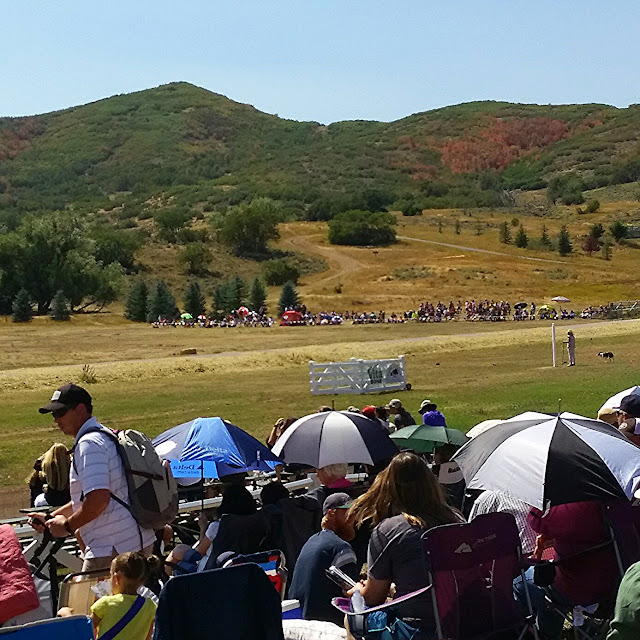 What was most surprising to me, a Babe aficionado, was that the key for every move the dog made was the trainer's whistle. I guess there were around 8 commands (at least?), and the trainer was blowing that whistle the whole time. It really was an impressive partnership between the two. That's the trainer in the field with her dog right before the start of a run. 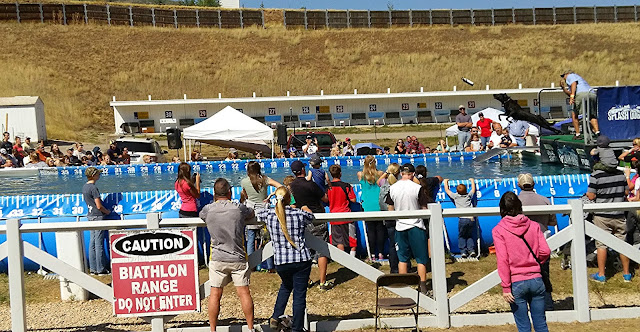 There were other attractions at the show. There was a petting zoo from the wildlife rescue, and vendor booths (Kai bought a crossbow, which caused some problems at home later..), and acrobat dogs, but the biggest hit with my family were the splash dogs. 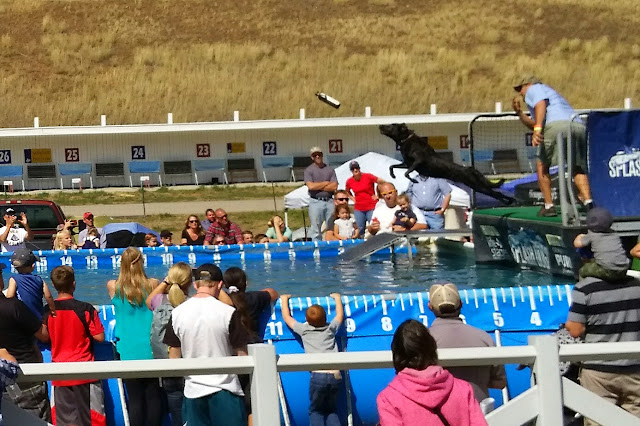 The trainer throws an object, and the dog jumps after it. The furthest jump wins. There were big dogs and tiny dogs jumping; many different breeds. I did wonder about these trainers. Is this just a hobby? Or do they spend full time throwing stuff to their dogs in a pool. Huh. Different lifestyles. We sure liked watching. 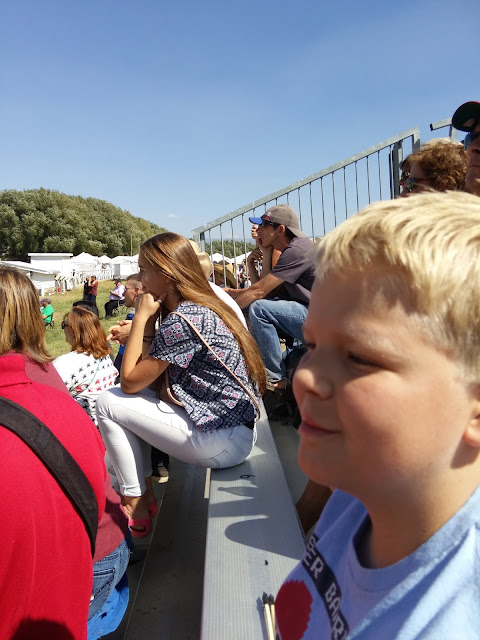 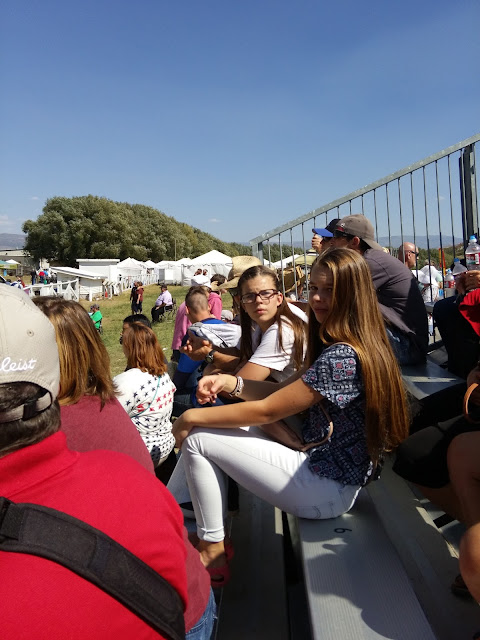 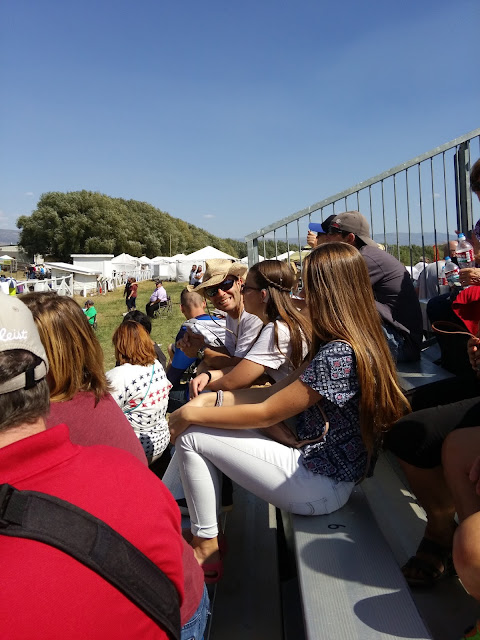 Jeff does.
Tweet
Posted by Amara at 9:07 PM 2 comments 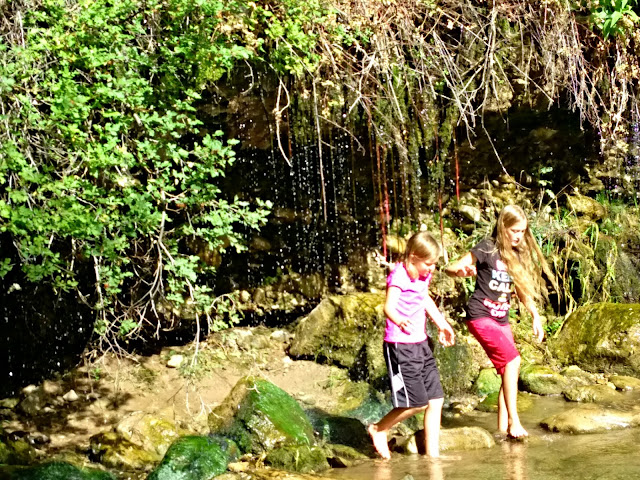 Well, I'm done with activity days. I got my job switched at church, and no longer work with the 8-11 year old girls in our stake (group of ten congregations). I'm now going to be working with the cub scouts which will be a whole new adventure (although I have a lot to learn).  Last week though, I had a last fun time hiking up Spanish Fork's Dripping rock trail  with an activity day girl's group. It was beautiful! 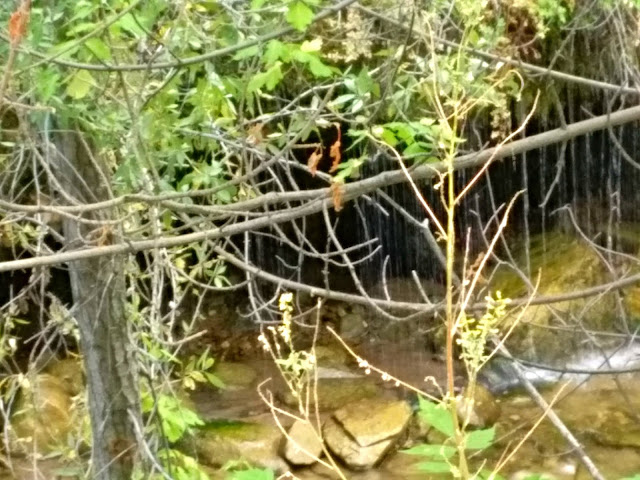 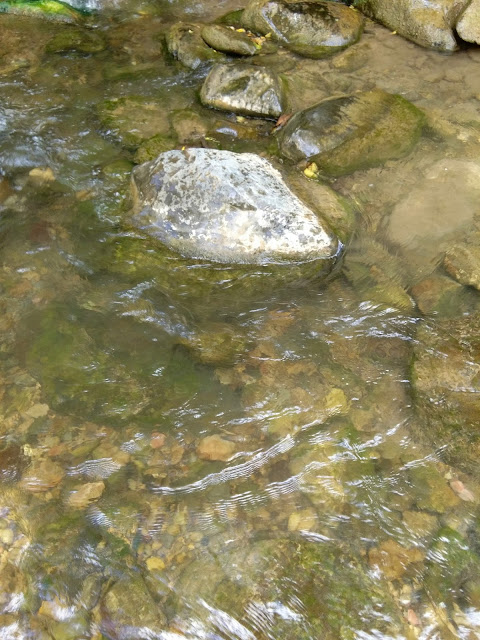 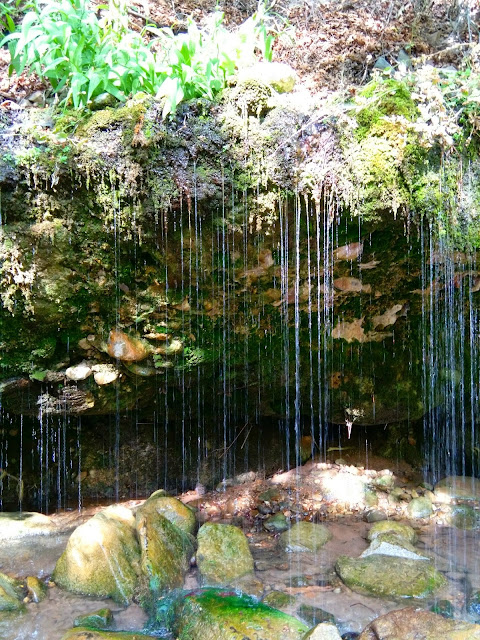 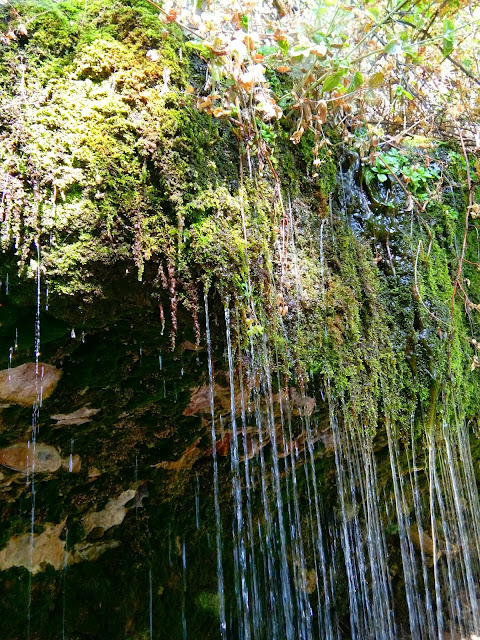 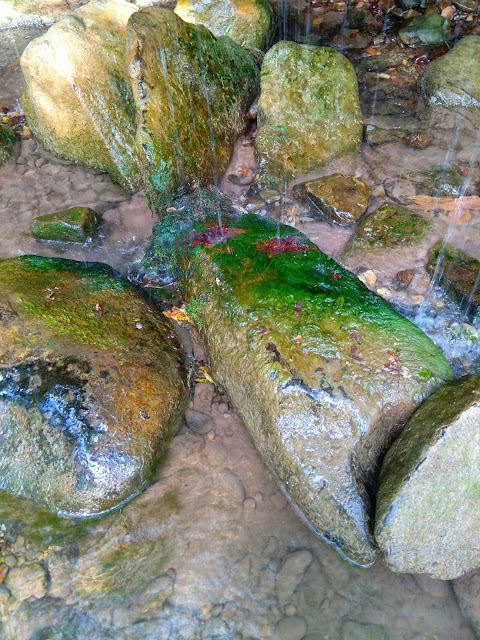 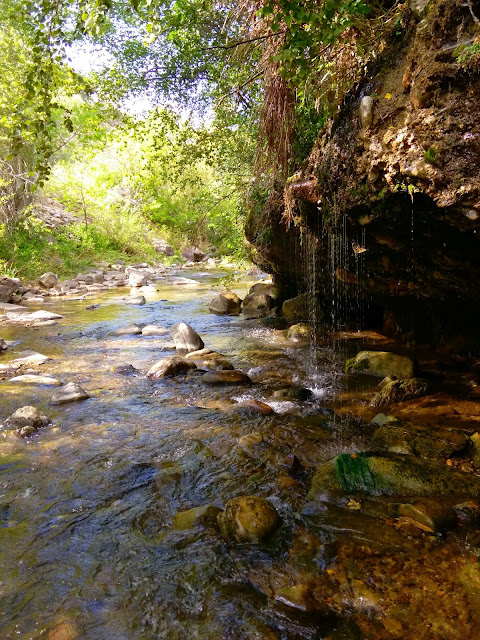 The girls had a great time, and so did I. I especially had a good time with the other leader's little boy, who had to be only three or four, was a great conversationalist, and even ate my pizza flavored dumdum sucker which every other kid rejected. 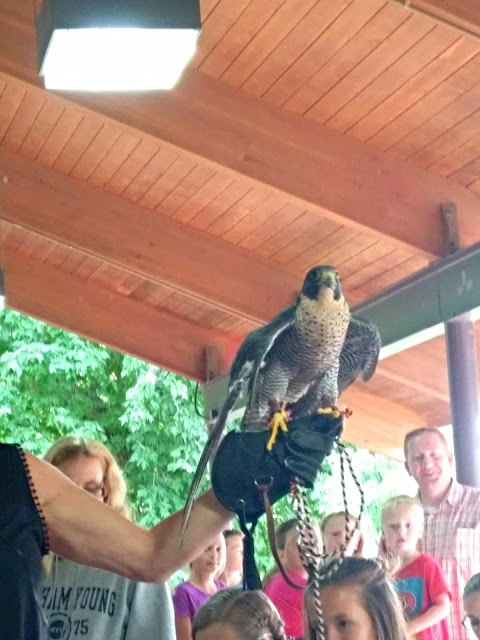 We had our ward picnic (church congregations are called wards) one night, and Jeff talked the bird rescue people into coming to present to us. It was amazing. These were the same guys who showed us the owls up at Sundance last winter, but this time they also brought a peregrine falcon that was just gorgeous. We spent a lot of time shushing the kids so we could hear her talk about these birds. I really hope I made no kid enemies with my shushes! 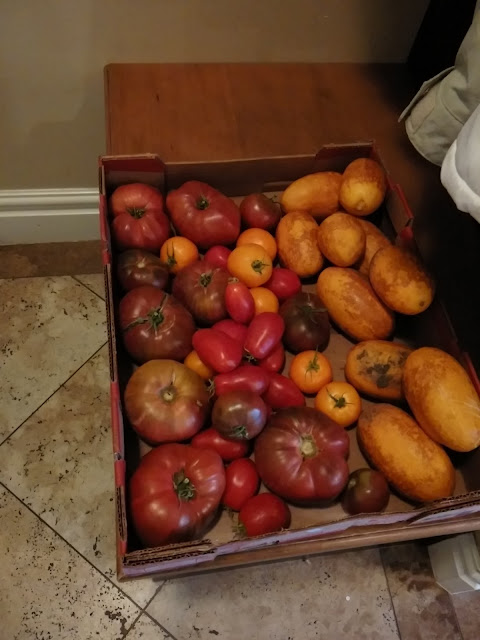 Every one was supposed to bring a dish to share (classic church potluck dinner), and I seriously considered bringing tomatoes, as my garden is bursting with tomatoes and cucumbers right now. After spending literally all day last Saturday canning salsa, I just ended up putting some on my porch to share. 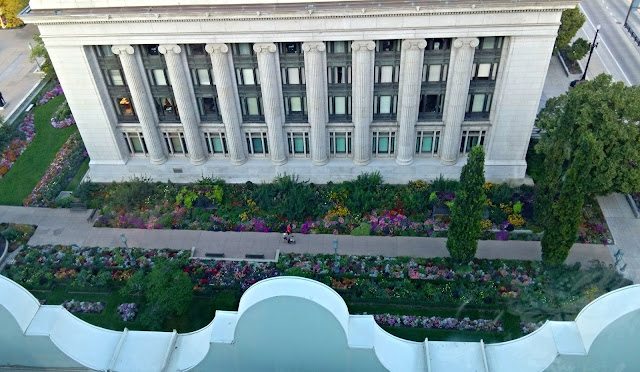 I wish my gardens looked like this--bursting with flowers instead! Jeff and I took our date up to temple square in Salt Lake last weekend, and I had to take an aerial picture of some of the gardens. Someday I'm going to apply to be a peon worker helping the designer of these gardens. They blow me away.