Iguana on a stick, and Disney experiences. 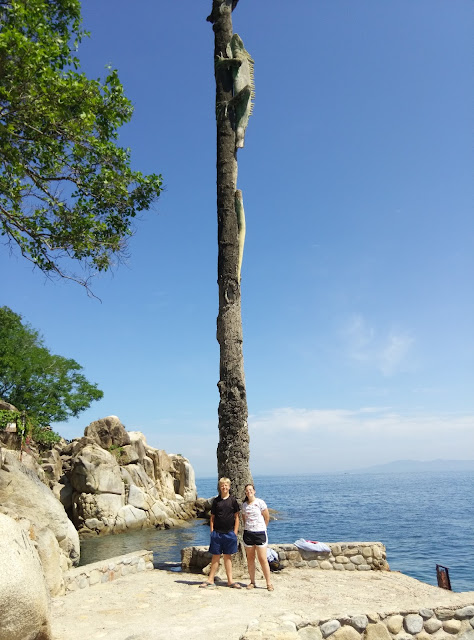 It keeps storming in the evenings, and this fills up the river. This drives leaves and cloudy water into the cove. I wanted to go snorkeling again, but knew our regular place would be yucky. The kids and I tried walking along the side of the bay to the Iguana point. Jeff calls it Iguana on a stick which sounds like a horrible type of kebab to me. We found a place to climb down the rocks here after one false start (I tried to go out in one place, but we had to go through a cloud of seaweed and Kai FREAKED and wouldn't go). I climbed down into the water, then climbed back out to prove to Kai that we could do it. This spot! It was like climbing down into a saltwater aquarium! So many kinds of fish in really clear water. Every once in a while, cold water came in from the open sea, and you could see wavy lines in the water with the temperature change. It reminds me of antique glass windows. I remembered to bring a little bit of bread and cheese, and we got a lot of takers between the two kinds of treats. The rainbowy wrasses were almost eating out of our hands. Ari was really mad that we didn't go into town instead, (but the museum was closed and we are going today) so she refused to get in. It is best to just let it go sometimes with Ari,but I was glad Kai had a great snorkeling experience. He has still been a bit skittish. 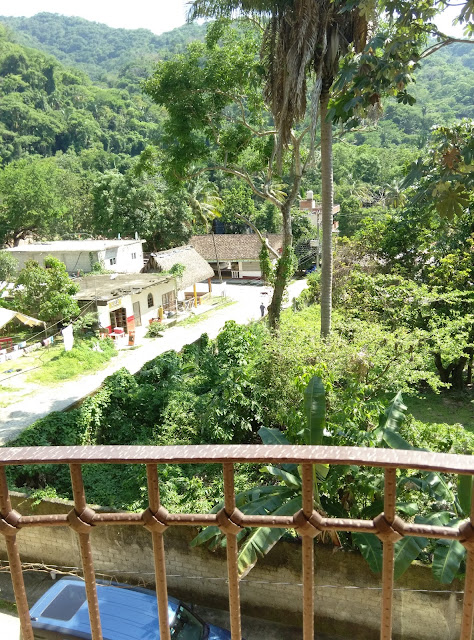 I tried to bribe the kids to go to our little local store by themselves for their little movie night treat, trying to help them have an independent adventure, but Ari refused. I'm afraid she feels pushed around or something. Sometimes moms can be that way. :)  Anyway Kai went alone (and I watched him most of the way because I am more nervous than I let on haha). He was fine. 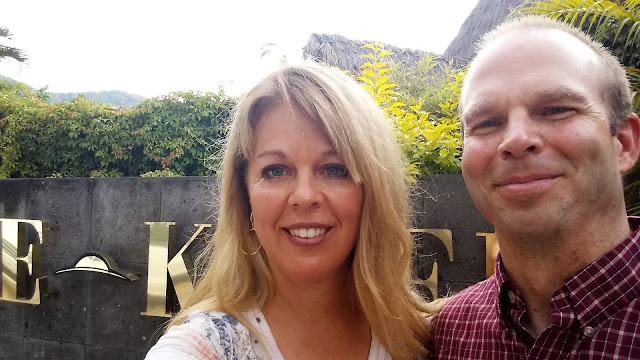 I have been craving a Disneyland experience, something where everything is beautiful and perfect. Do you know what I mean? No dumpsters on the way to the beach, no stray dogs I have to worry about.  I got it last night. Jeff took me to Le Kliff. They advertise as one of the most beautiful restaurants in the world, and I can believe it. Happily, they aren't too expensive either. 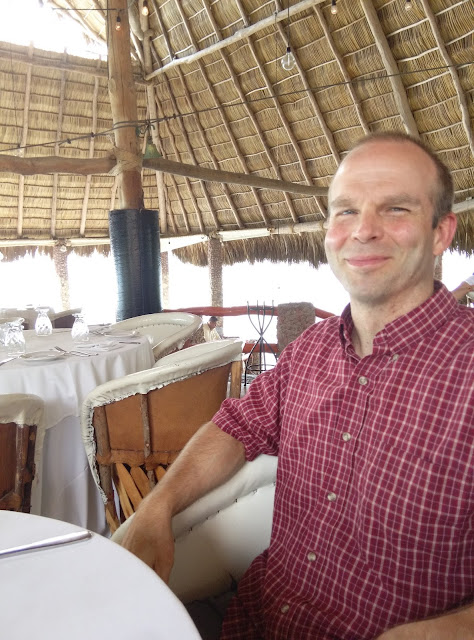 We ate in a big open air palapa that was well over two stories tall, on a cliff overlooking the ocean. We sat down and the waiter brought us damp chilled hand towels --welcome with the heat we suffered walking in. As we ate we could watch hawks and frigate birds fly by below eye level, and cruising so seemingly slow, we could take in every detail of their wings and feathers. Sailboats floated by, and local fishermen threw out their nets called chinchorros (our waiter told us), leaving them with buoys attached to wait until morning. 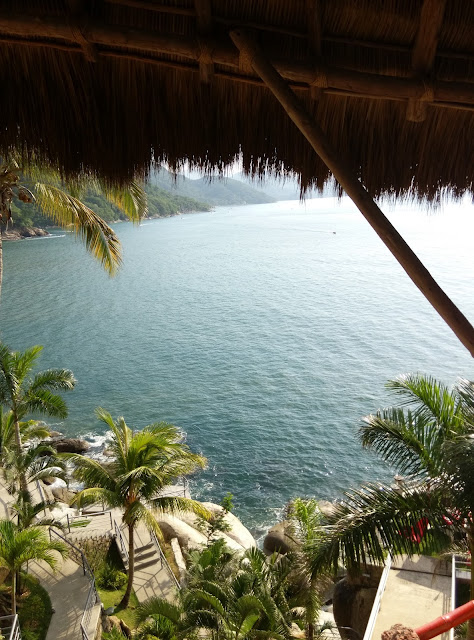 This was the view from our table. Hence the deserved most beautiful category in my opinion. 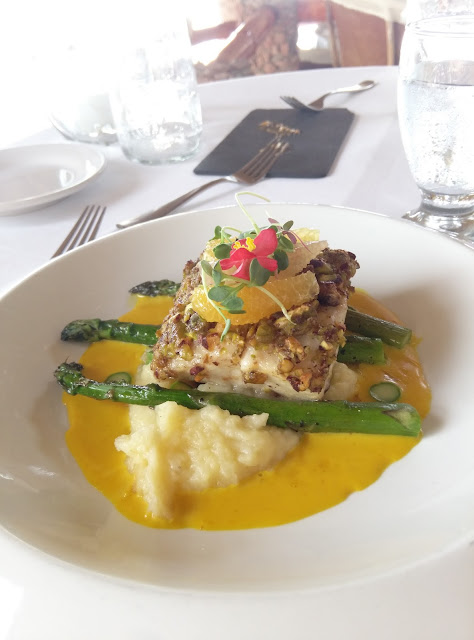 Our food was lovely too! The waiter recommended the snapper and we both chose it. I got the one above --pistachio crusted with asparagus and a mango sauce. 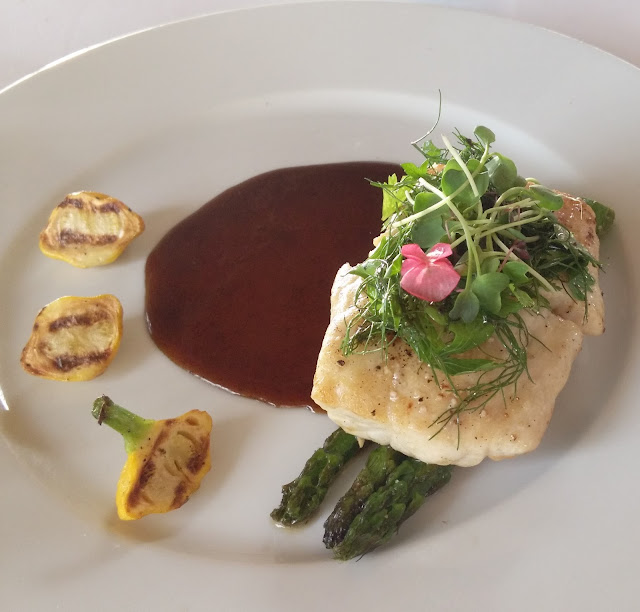 Jeff got the teriyaki, with celery leaves and fennel fronds. It was an almost perfect experience. I like to have those once in a while!
Tweet
Posted by Amara at 7:56 AM

Wow, how wonderful. We might have eaten there years ago. Wonderful view and great food.