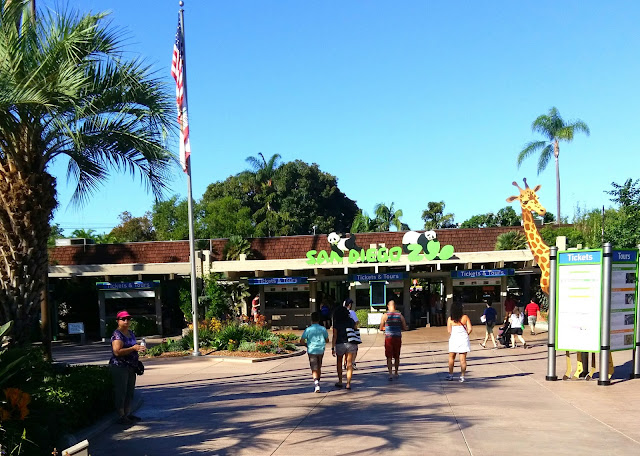 Wanna go doops? This is what Tia would say when she was little. It took us weeks to figure out that doops meant zoo. I wanted to go doops, and if Sea World was disappointing, the zoo at least met and surpassed my expectations. 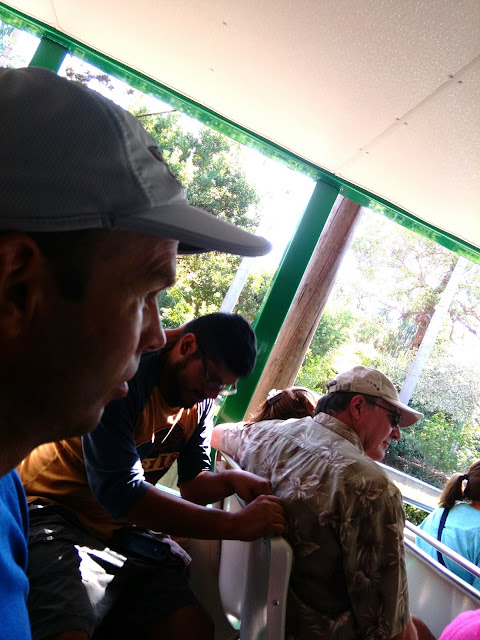 The only thing with the San Diego zoo is that it is so big. This is of course a good thing, but I remember as a teenager just getting so tired before I saw the whole thing. Now, a bus tour is included with your entrance ticket, so we hit the bus first, thinking we could get an overview and then come back for our favorites, and for what the bus didn't hit. It was a good plan. We had a great day. Our bus guy --hilarious. Should have been on Broadway. Jeff of course just gets embarrassed by people like that. Heck, he gets embarrassed by actual plays so... 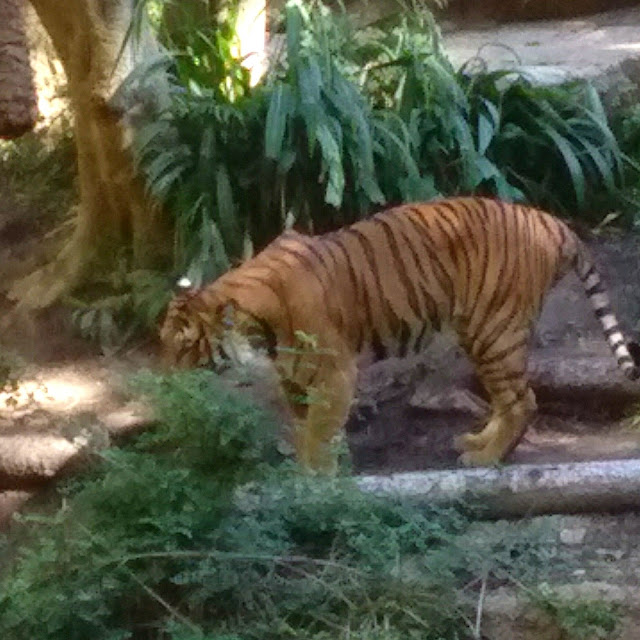 Some pics from the bus -- it was nice because we got there early in the morning and the animals were still active and moving around. 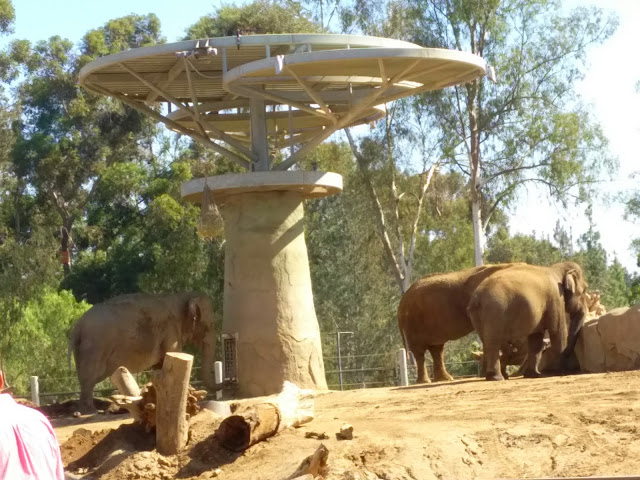 Elephants with their weird cement tree. I guess shade? 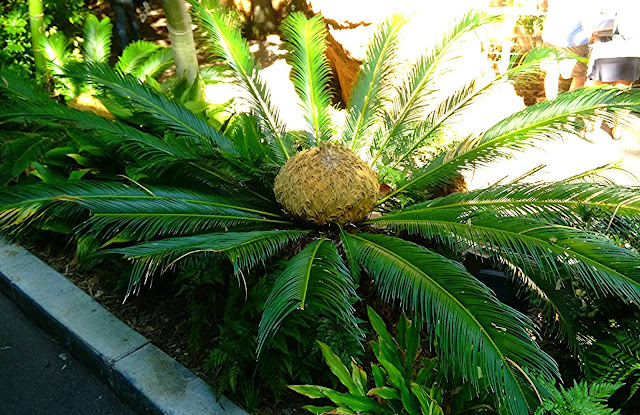 In the San Diego zoo, I love the plants as much as the animals. The zoo is placed over a bunch of hills and ravines, and is  maintained as an arboretum as well as a zoo. This sago palm was spectacular. 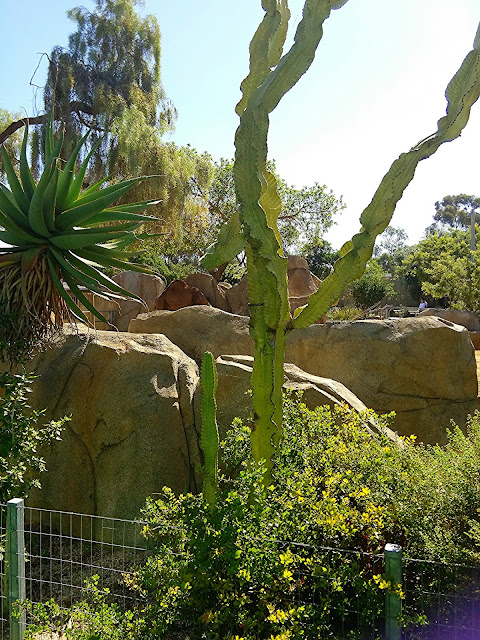 I loved this desert area too with its aloes and cacti. 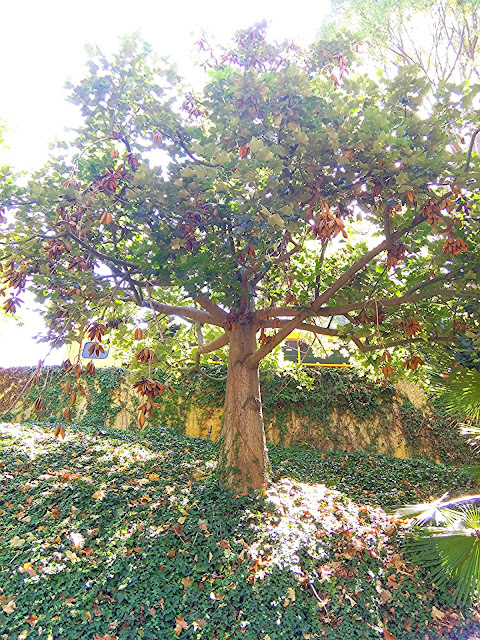 Look at this interesting tree with its layers of seed pods. I saw these on my runs in Nicaragua. 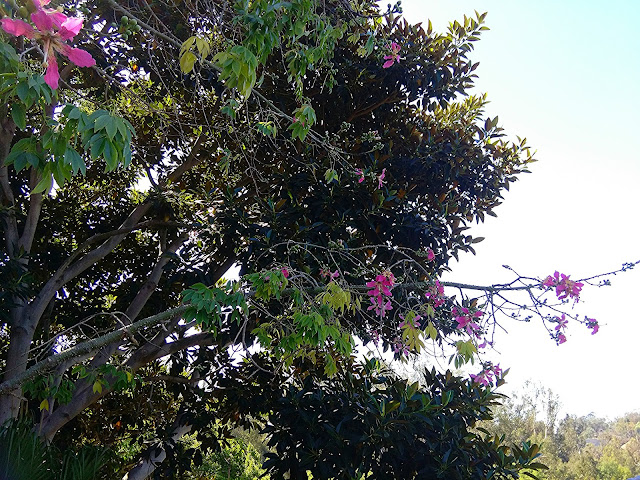 Here's my favorite tree from my mission. In Uruguay they called it Palo de borracho (drunkard's stick) because it's covered in thorns I guess. But the flowers are like orchids. So pretty. 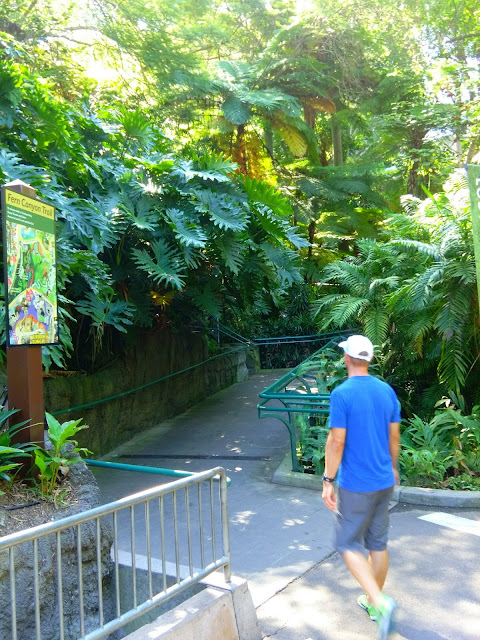 The zoo has a lot of great secluded areas like this fern gully I made Jeff go through with me. 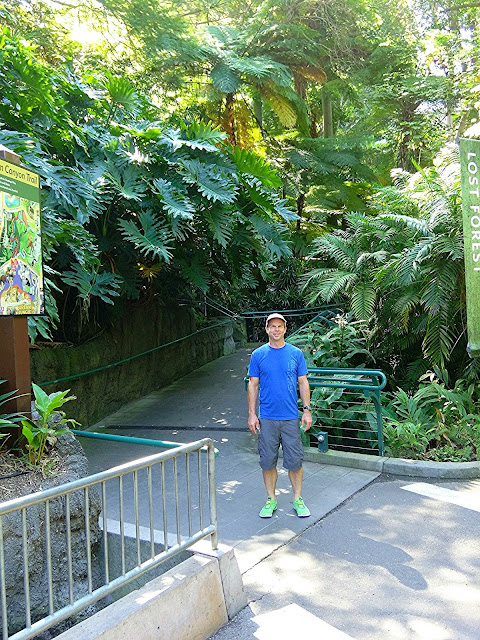 Great place to make out. I'm not saying we did... 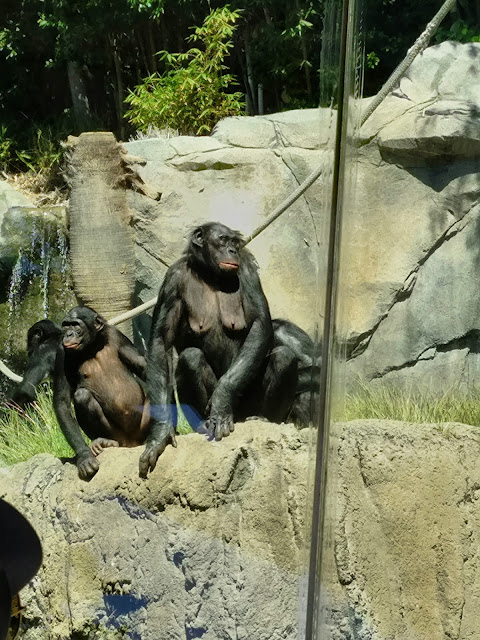 On the other side we ran into the great apes. It always seems slightly obscene to me that the chimp ladies don't wear clothes. Or the gentlemen either for that matter. 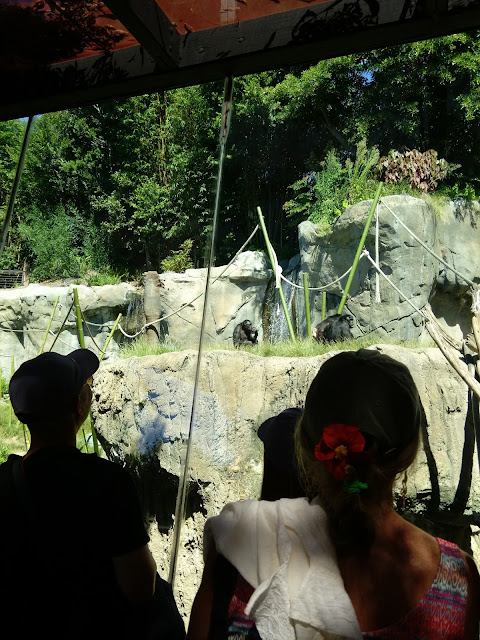 I'm also a little bothered about the captivity thing with the great apes too. Not the other animals, but gorillas, chimps, and orangutans yes. At least this zoo has nice big natural enclosures. I have to include a link for Ken Allen the Hairy Houdini here. So funny! Check it out. 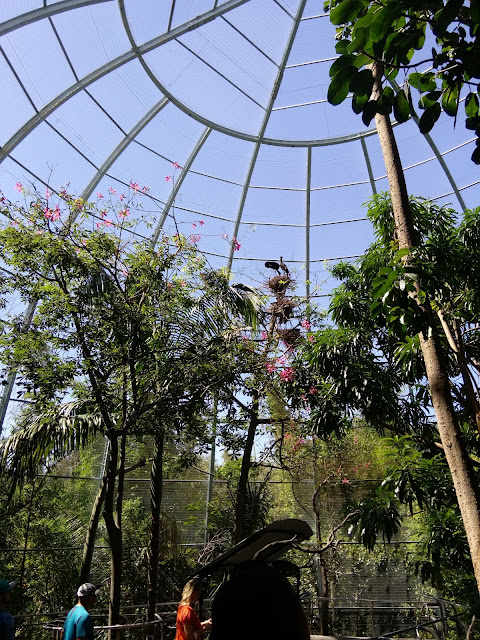 This is the Owens aviary. It was huge and amazing. Four levels I think? Read the link --lots of info there. 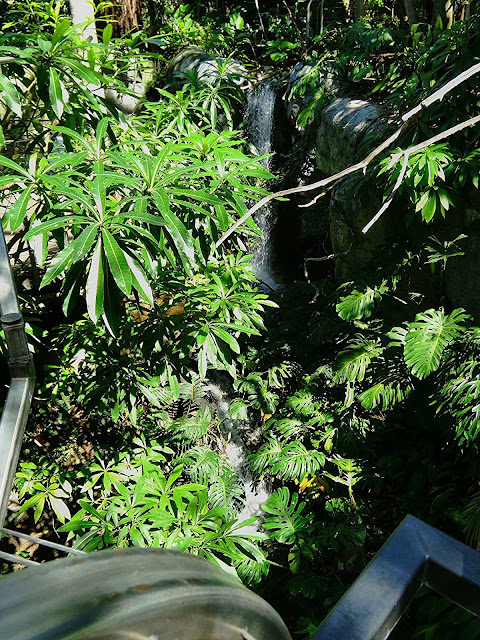 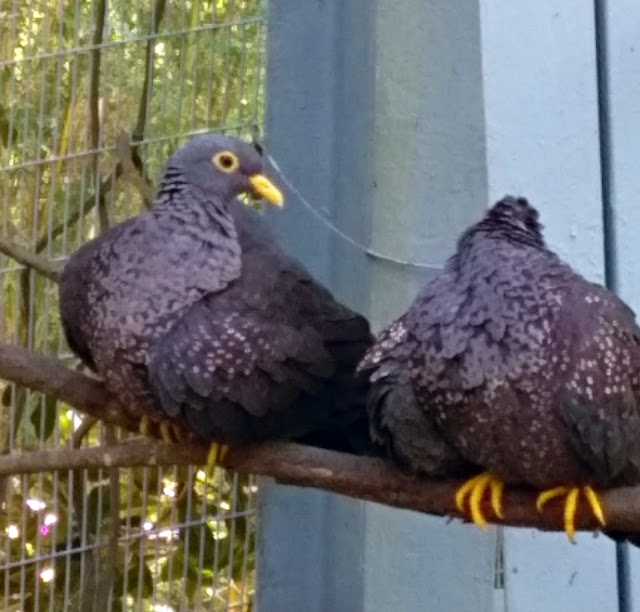 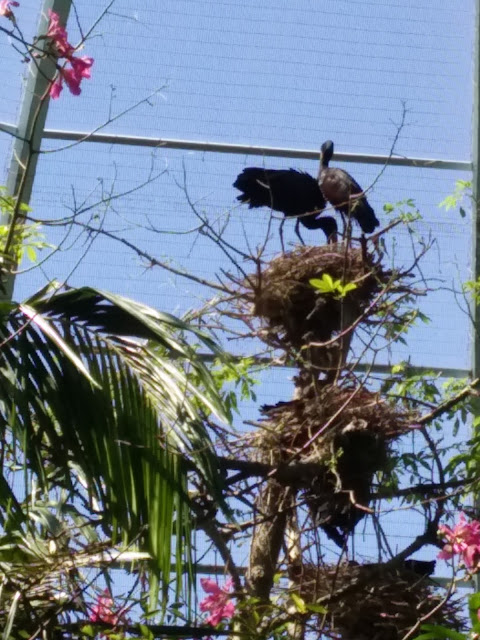 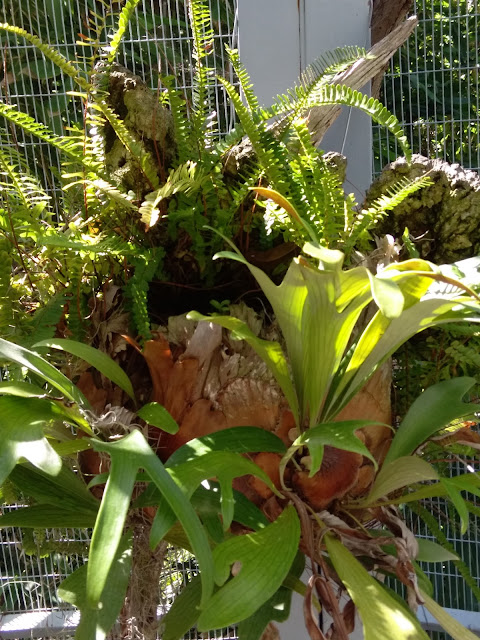 These bromeliads were affixed to the walls. 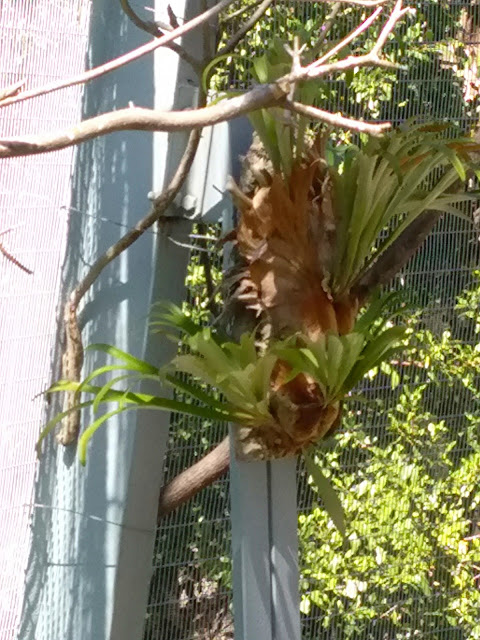 I want some in my house. I remember them in people's houses in the 70's in San Diego, but do people have these now? In Utah they don't, but maybe just because it's so dry? 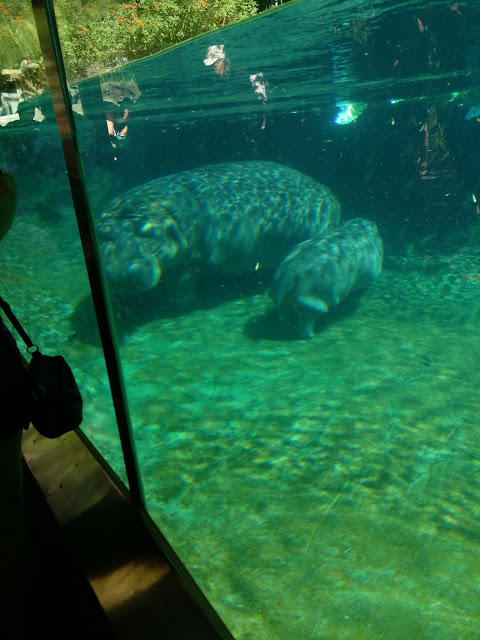 We finally found the hippos, -- one of my favorite animals. 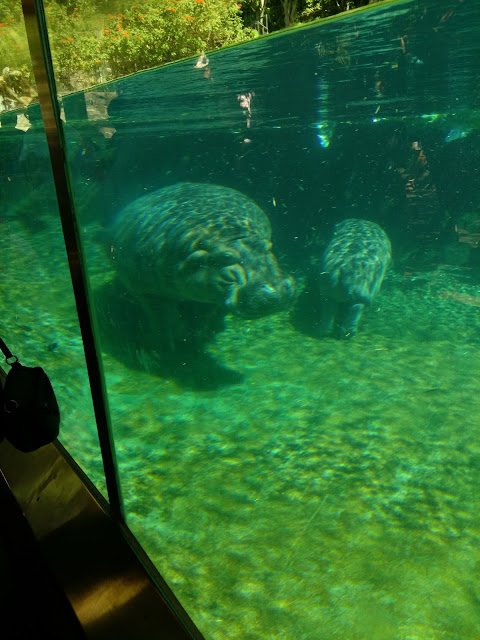 This was an adorable mother and baby. Every little while the mother would raise just her nostrils above the water surface to get a breath. Then the baby would take a turn. 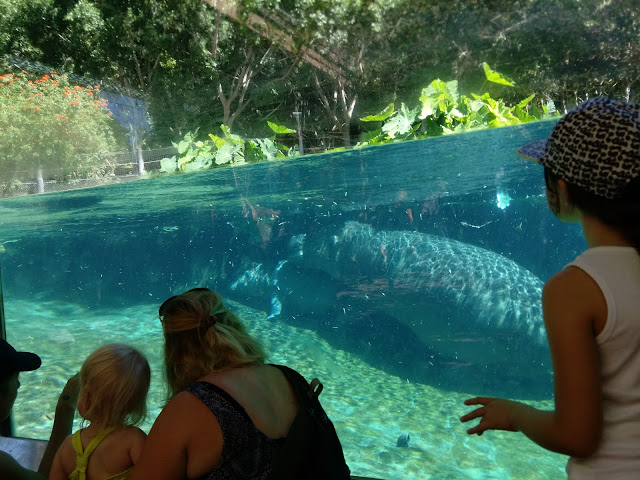 Lovely to be in that water in the heat of the day. 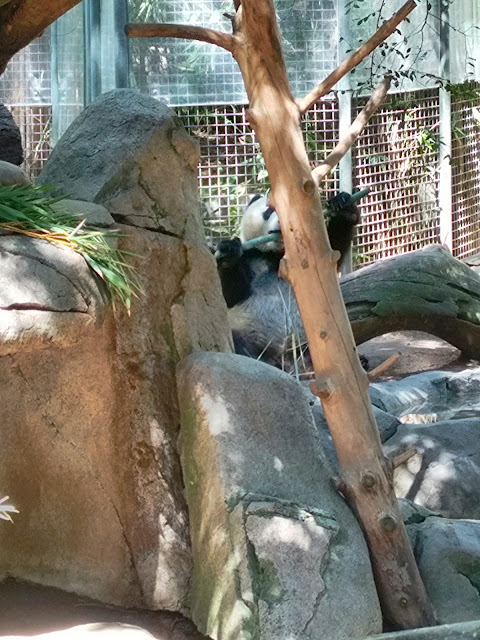 The last animal we looked for was the panda. Ummm....I guess he was popular. We had to get our picture taken (even if we didn't want to buy our picture), line up, and file past the cage without stopping. All that, and I got only this crappy picture. I was thoroughly disgusted by the time I was out the other side. Not the panda's fault. 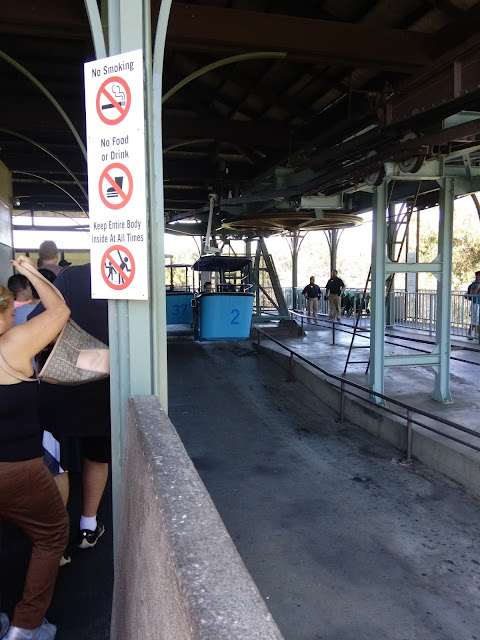 But, our entry fee also included the gondolas! When I was a kid, I always wanted to go on these, but they weren't included. I remember going on them only once. 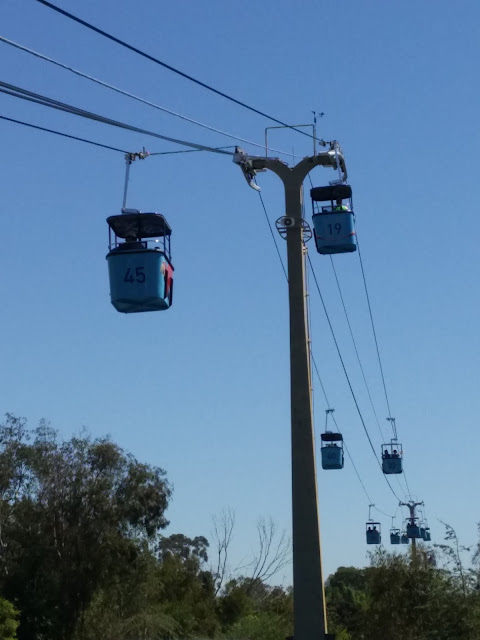 They cross the whole park, and are silent and peaceful --a lot like a ski lift. 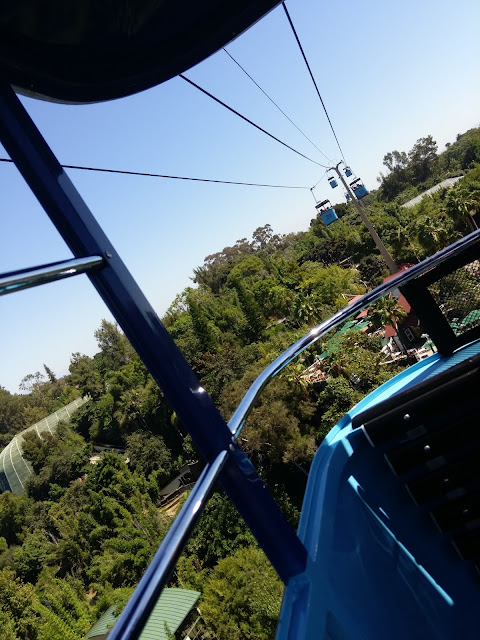 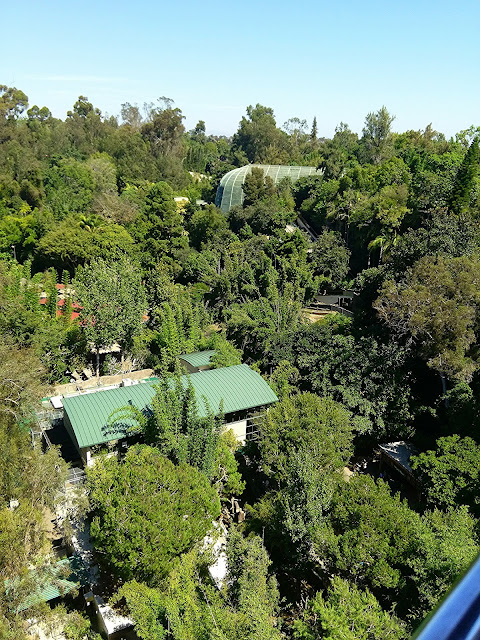 The breathtaking views are a bonus.

Love it! Love the zoo so much more now than when I was younger

Love it! Love the zoo so much more now than when I was younger

I love the gondola ride there, it really is a beautiful zoo.