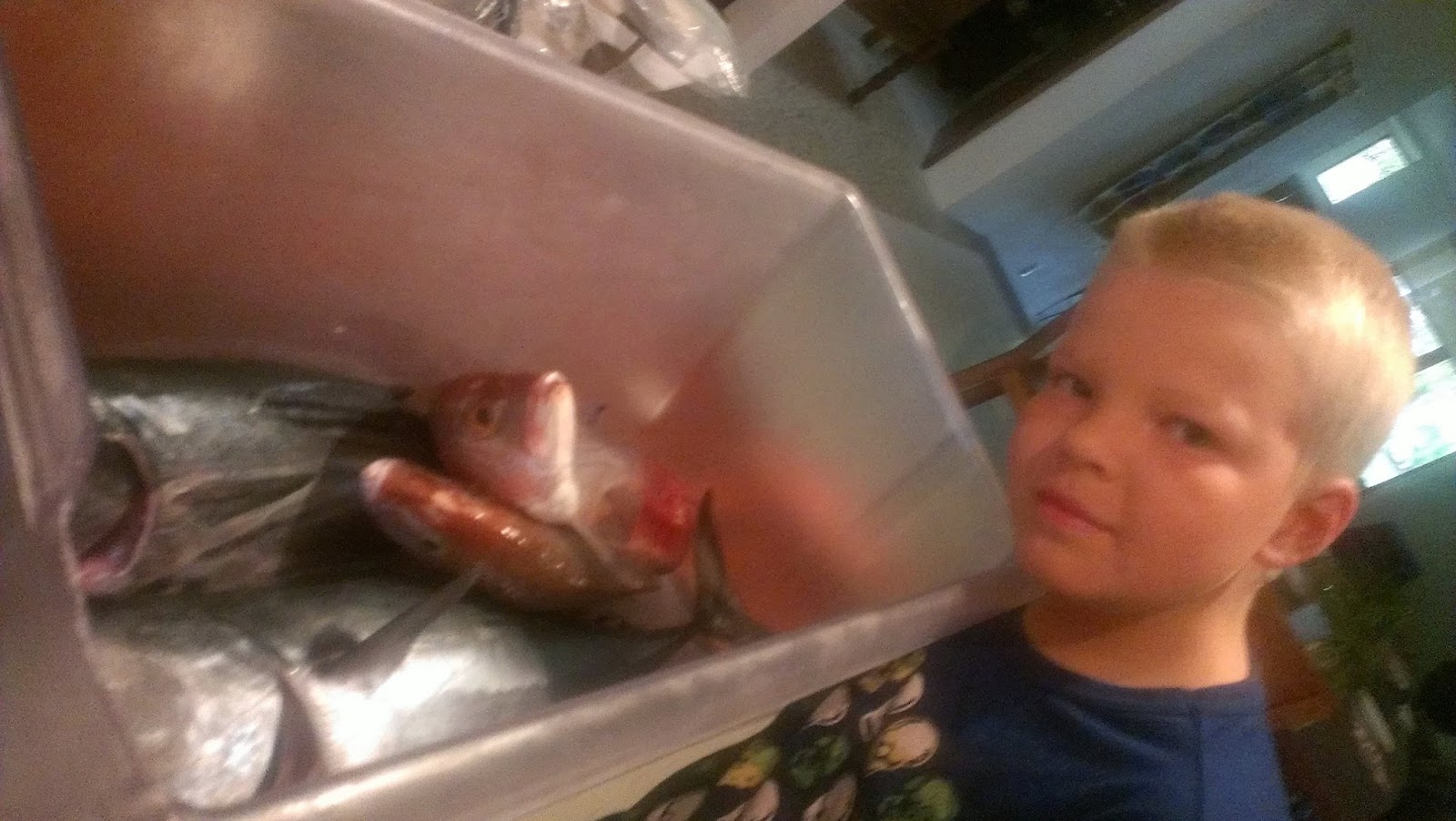 We took a trip out on a little "panga" or boat to snorkel and fish. I told everyone that when I got here I would live off of fish and fruit. Well, we haven't seen fishing rods for rent on our beach although they probably have them in San Juan del Sur. These guys took us out and the good news is that we had a good time. I was nervous about taking my cell phone, so we just brought the go-pro in it's waterproof case. That's the bad news. It only actually took a couple of pictures instead of the dozens I thought I was shooting. Also, Jeff likes the video camera on it, but it was so hard to see whether it was on or not, that he continually turned off instead of on, and on instead of off. He got all of the video he didn't want. 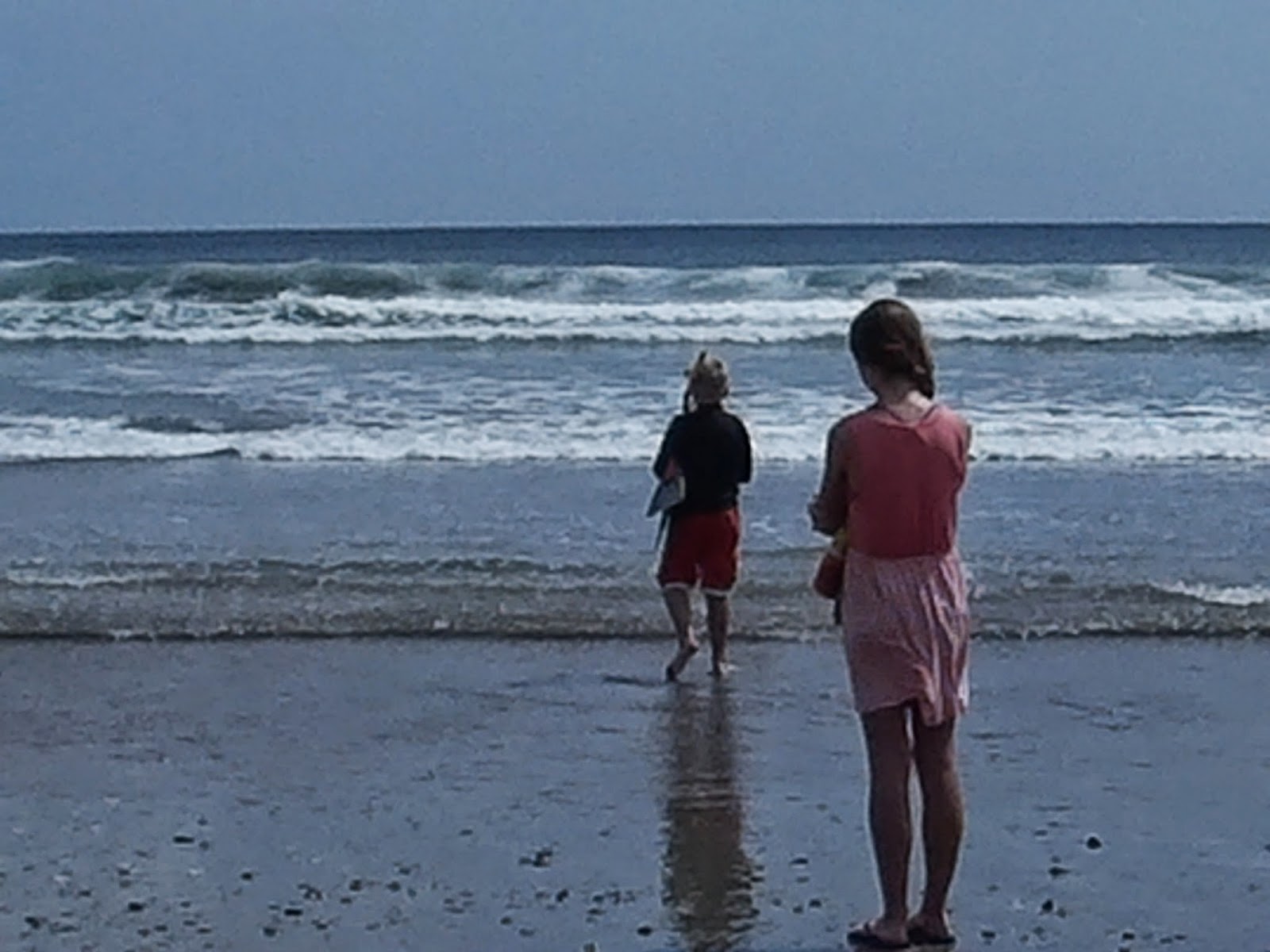 I will give you the shots that DID get taken. The kids are waiting for the boat here on the beach. I was really taking pictures to quiet my stomach. I was so jumpy and nervous about getting on the boat and taking it out over the breakers. I had visions of the little thing capsizing and every man for himself having to make their way through the waves back to shore. 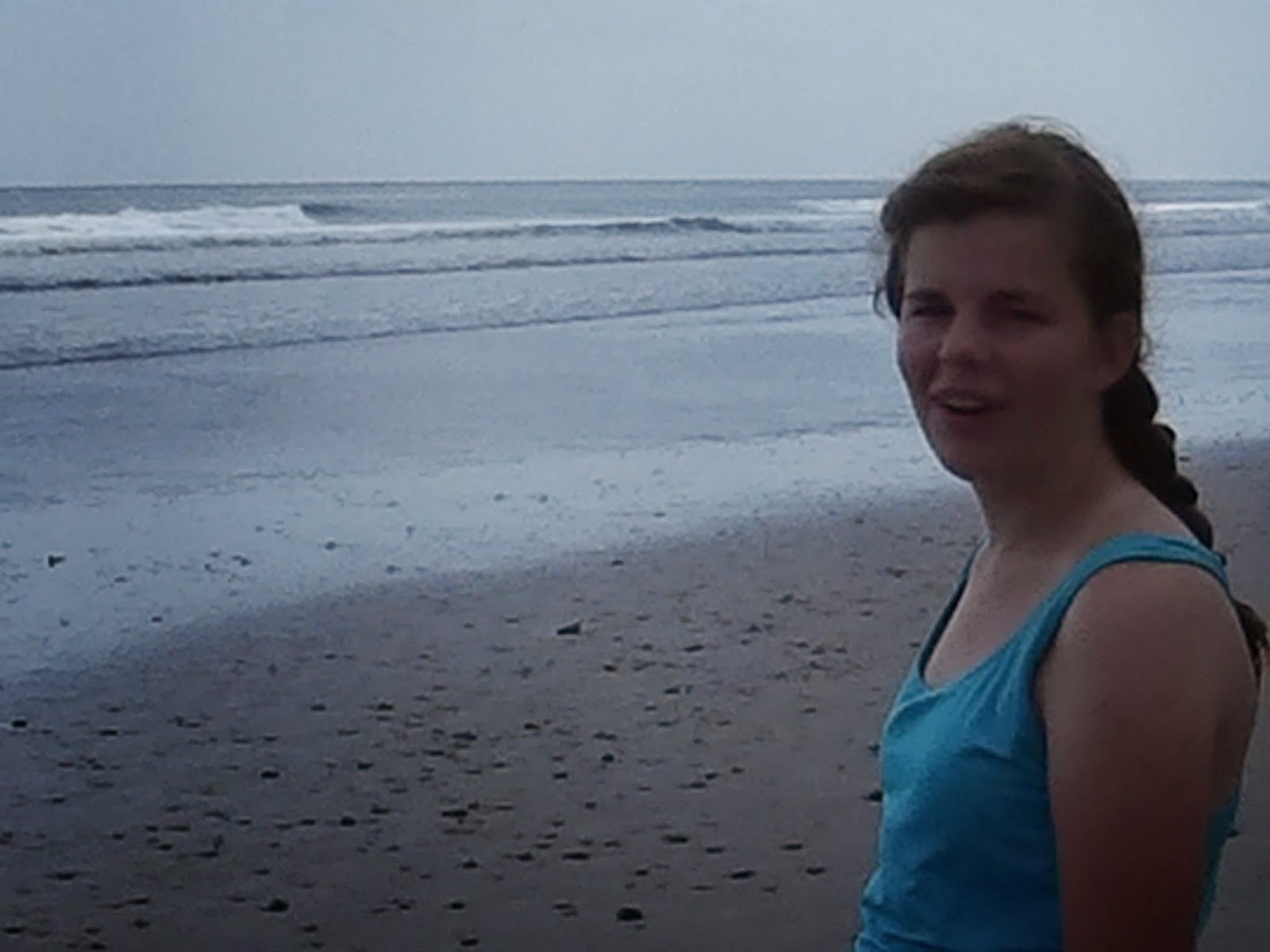 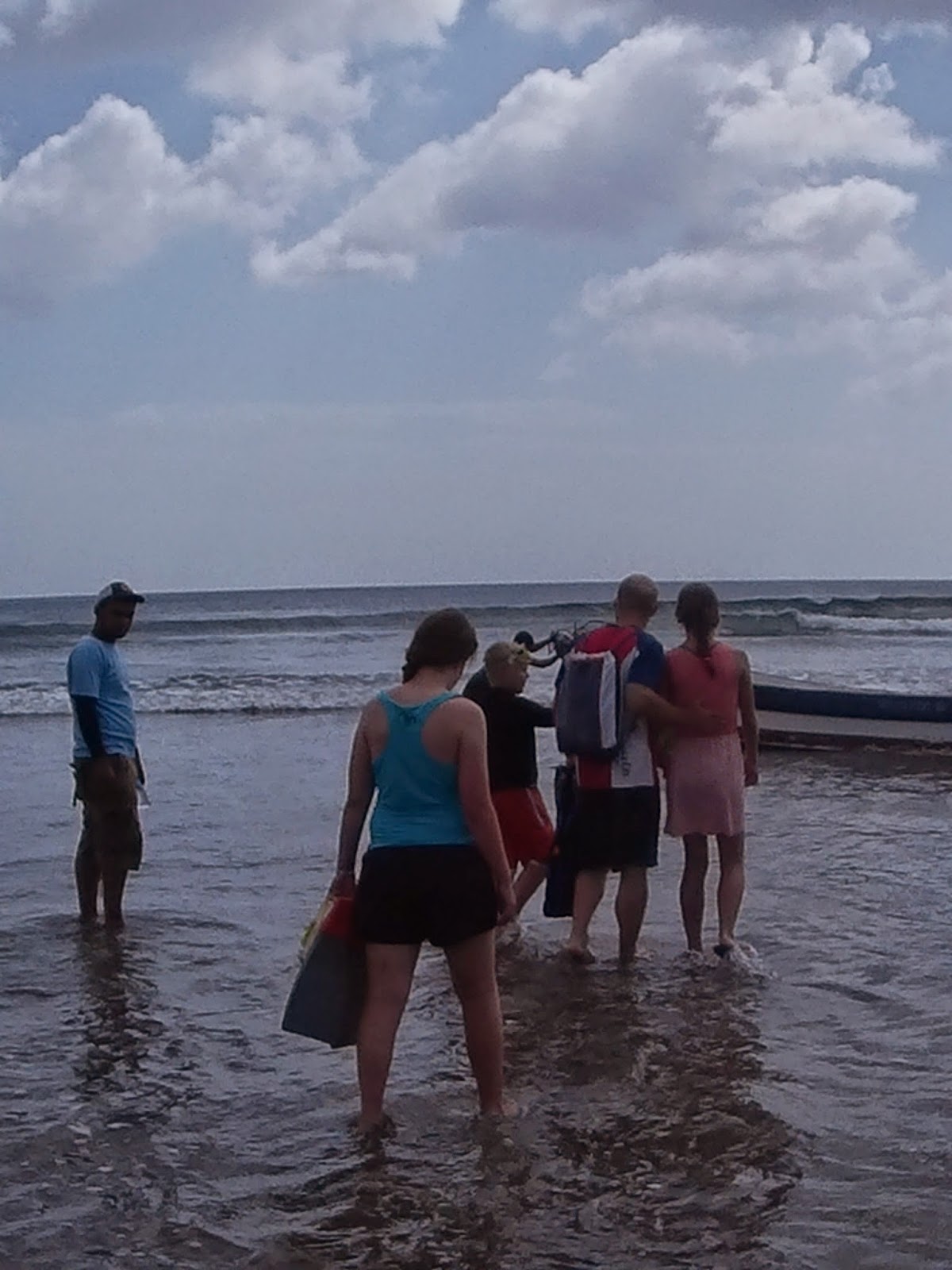 You can barely see our little panga here. 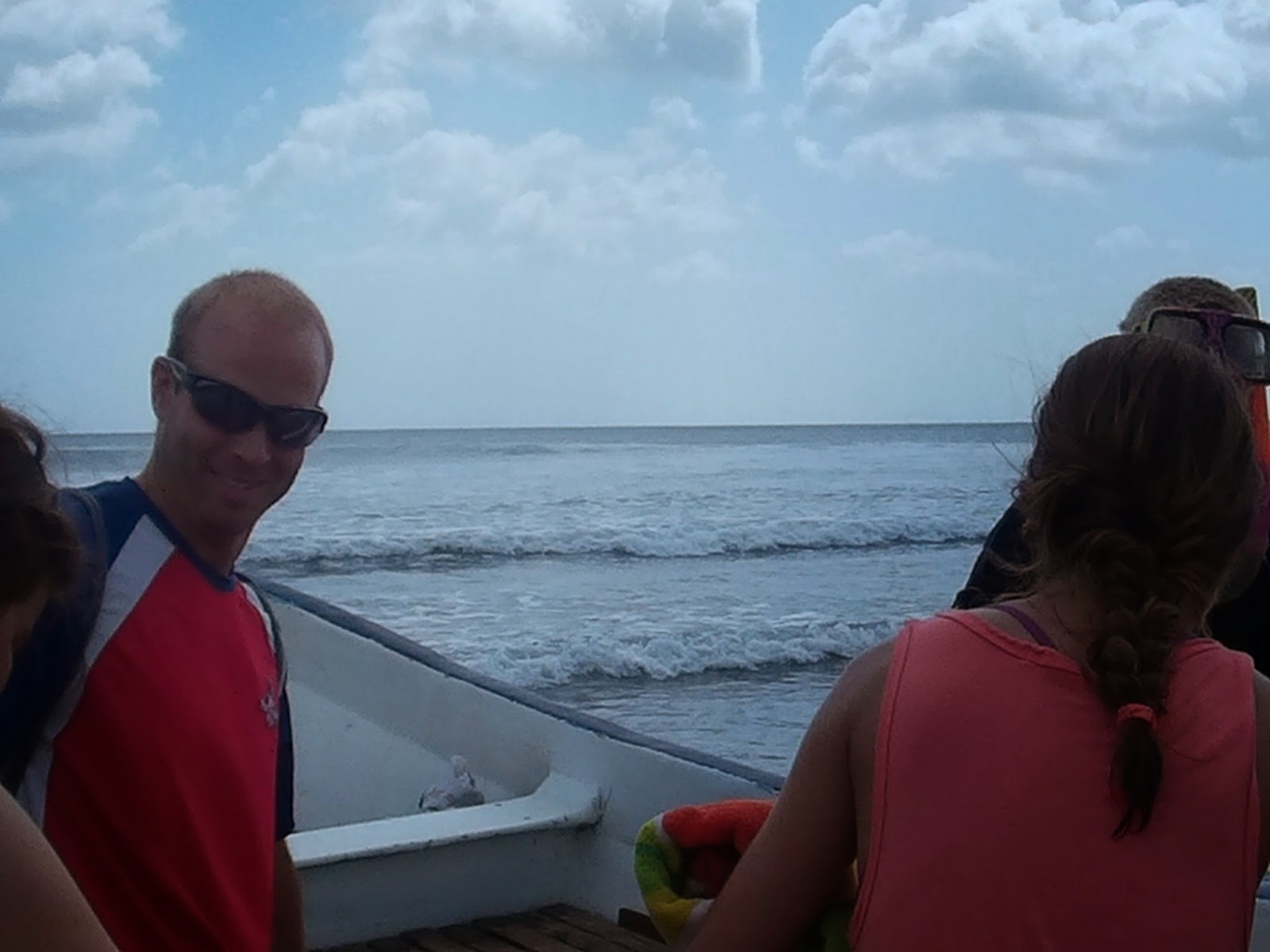 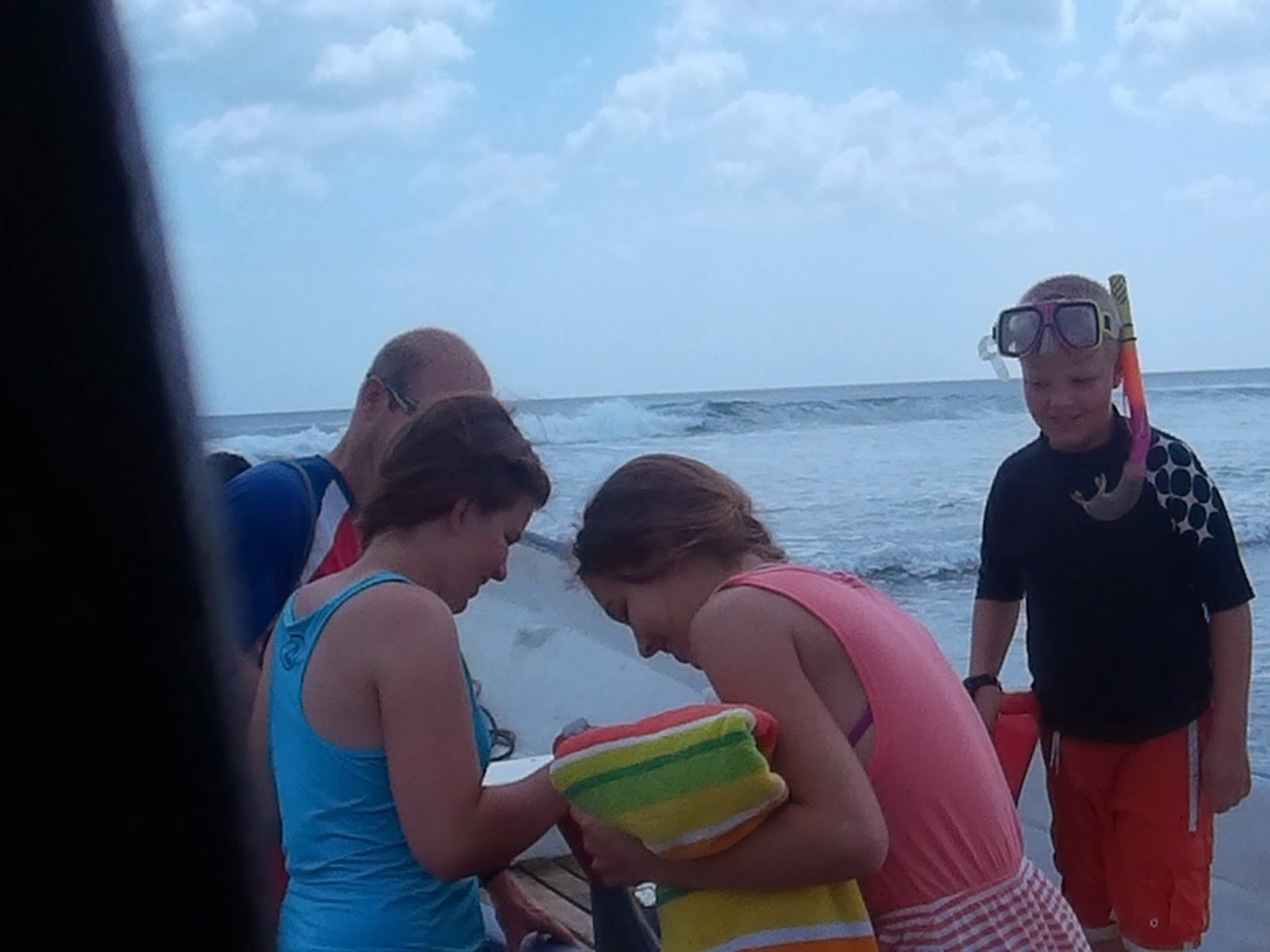 Once we loaded up, the guys slowly took us out toward the snorkeling spot, while trolling for fish with a handheld line. We got two dog tooth tuna on the way out. 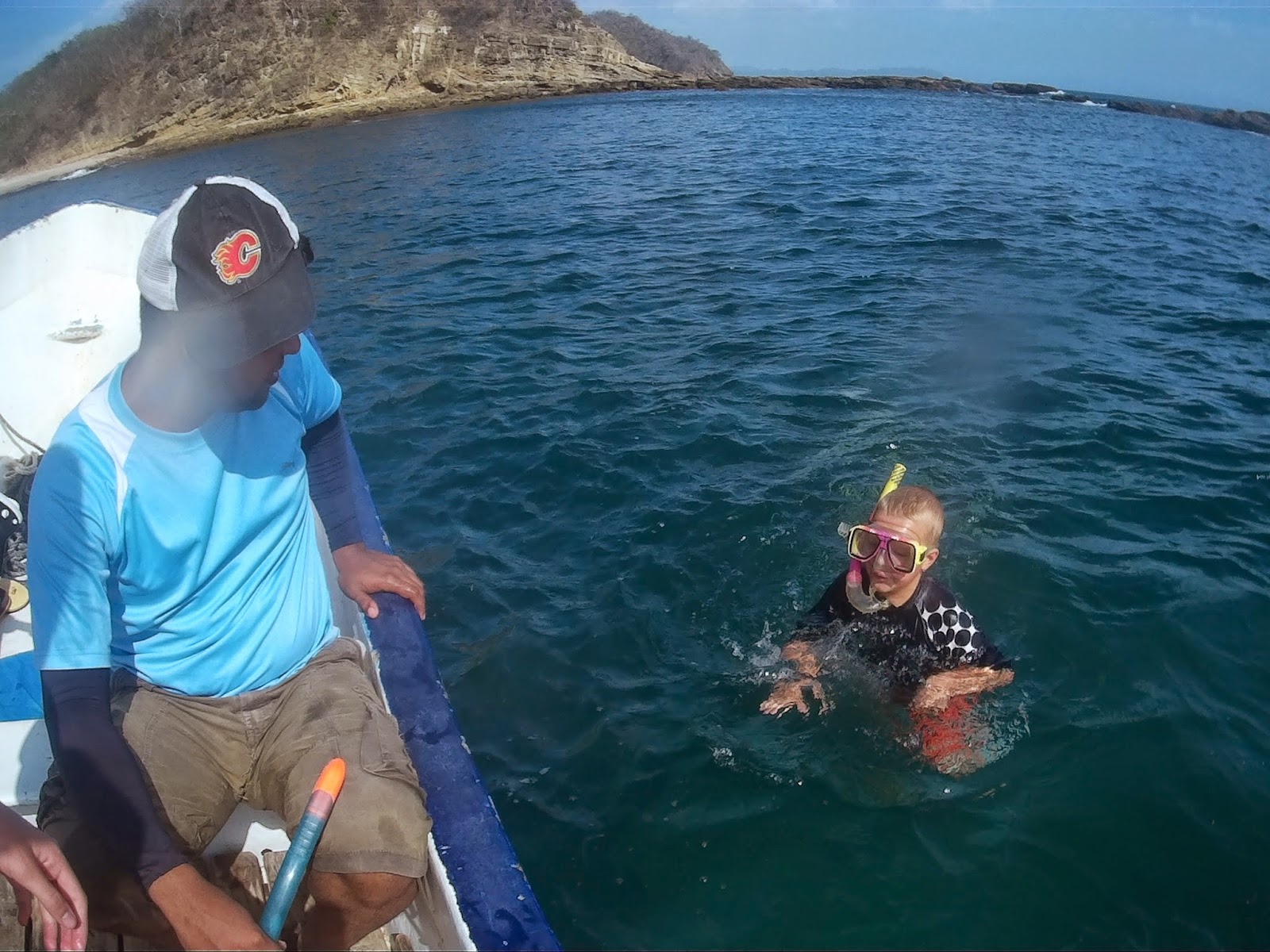 Snorkeling wasn't as great as the Caymans or Hawaii, or even Cabo, but it was better that La Jolla. We saw tons of puffer fish which I've never seen in the wild that I remember. Kai, Tia and Ari were great snorkelers and had a lot of fun. 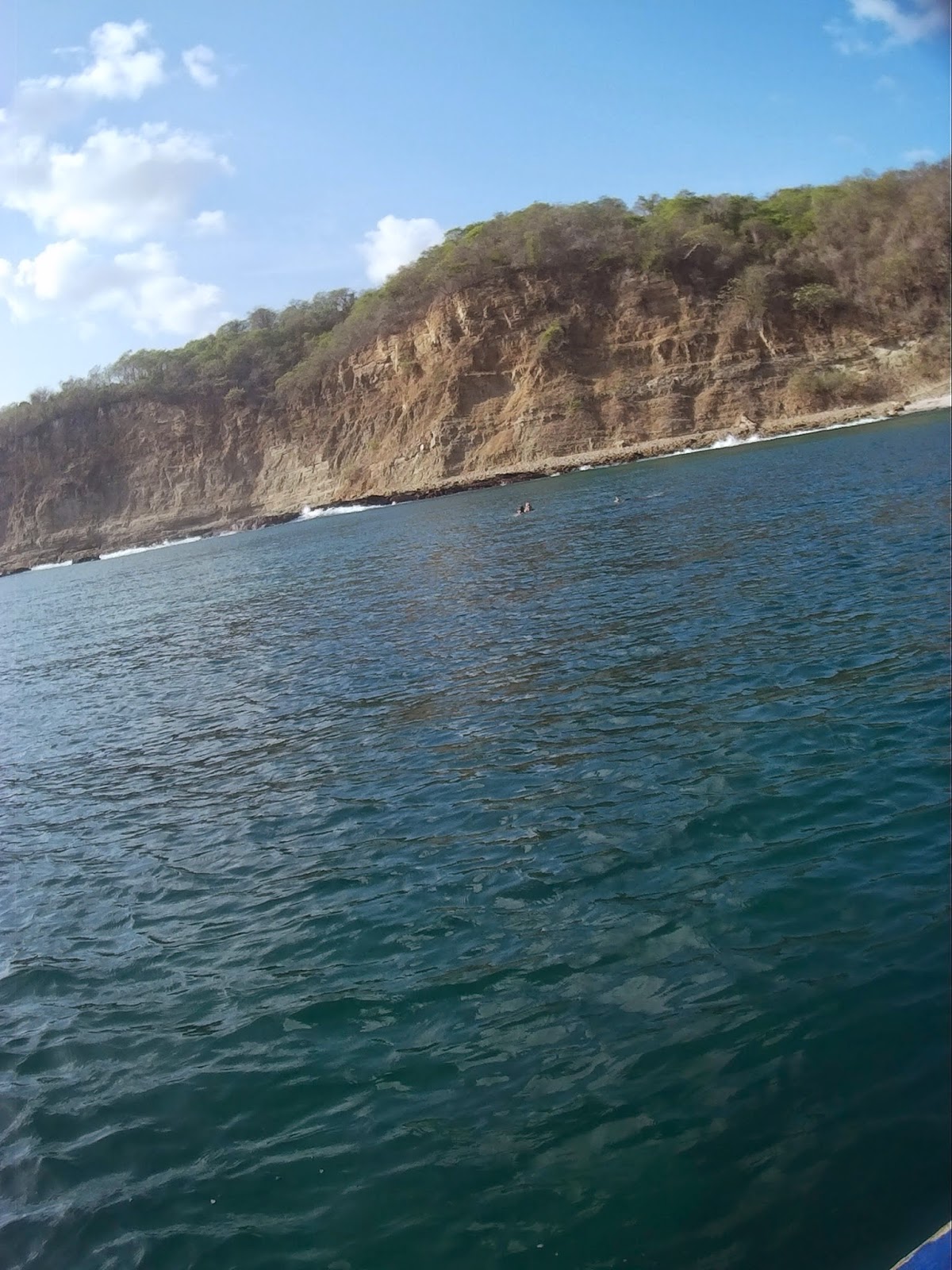 It was such a nice sheltered spot, we got spoiled. When we were done snorkeling, they took us out into more open water and I felt like Richard Parker. Tia and I both struggled with seasickness and stared at the horizon line with a focus and concentration I wish I'd had during my SAT's. 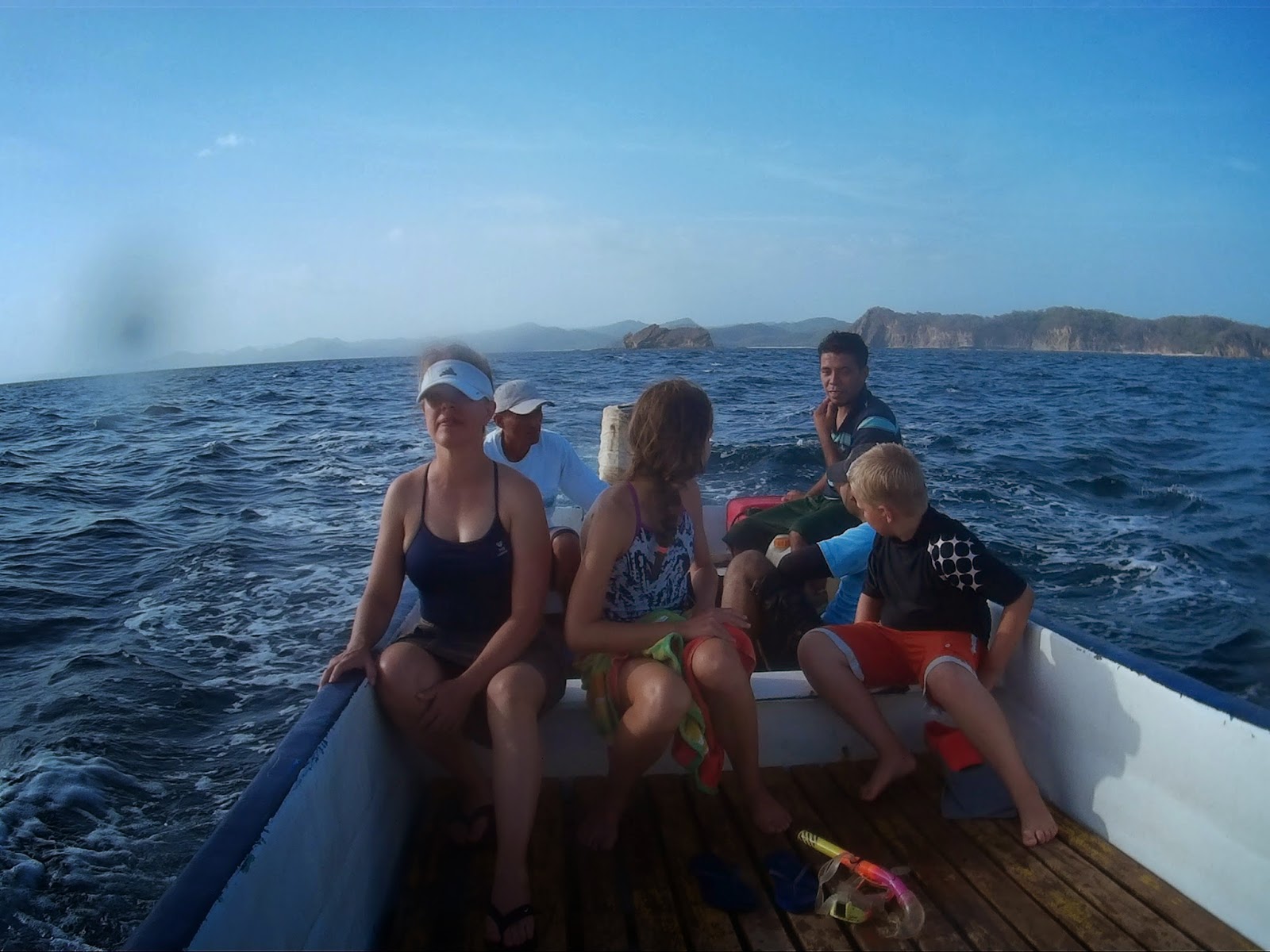 It settled down a little more around sunset, and we noticed a fin or something in the water (I'm so mad -- I had pictures of all of this!). It turned out to be a pair of sea turtles...umm swimming together.. 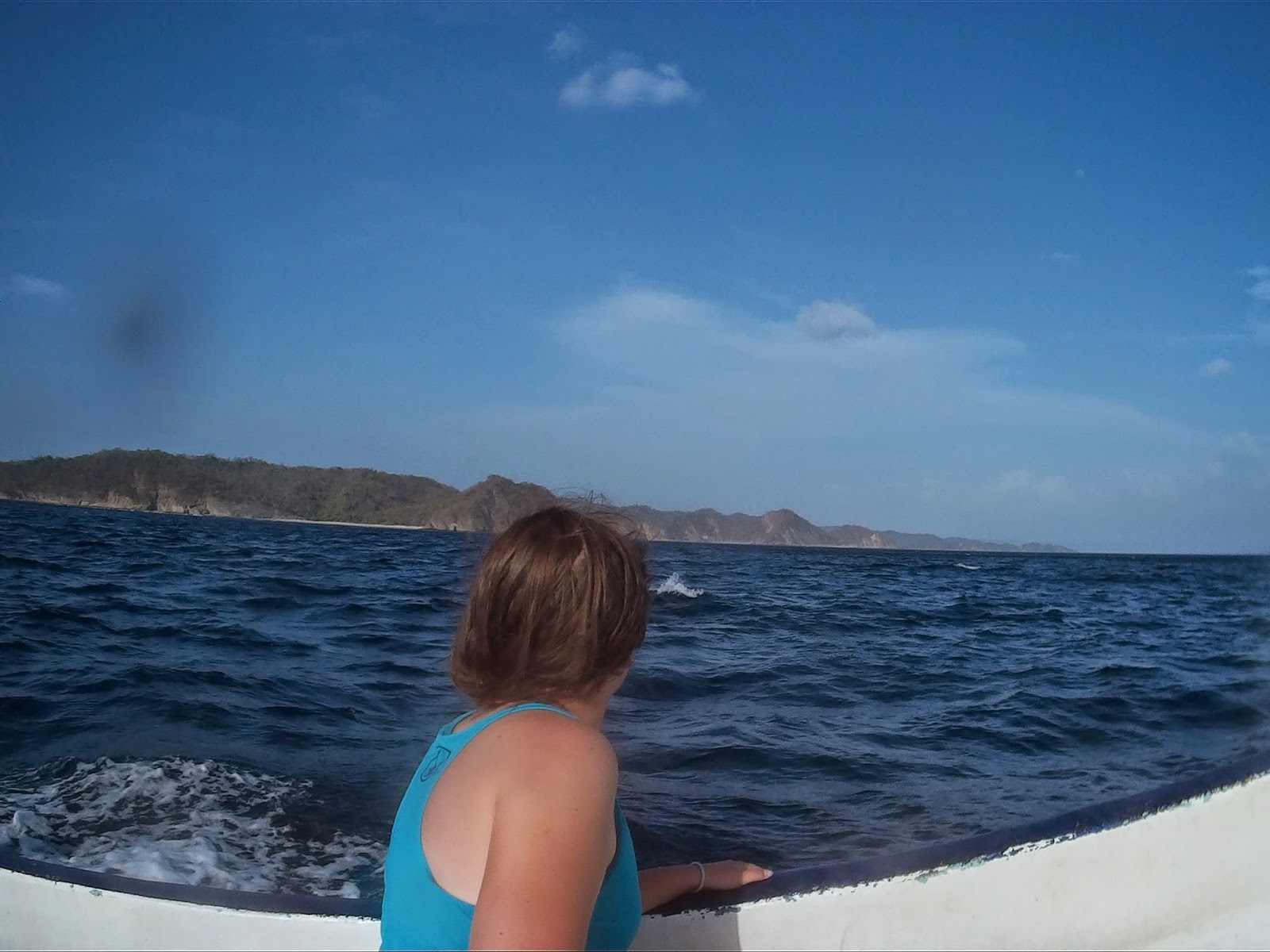 We caught the Red Snappers out here in the open water, and then headed for home. Going over the breakers coming into the beach was just as uneventful as going out. All of my worries were for nothing. Now we just wish we could do the snorkeling part every day!

This was so interesting. And, I am also glad that your fears didn't materialize. The "Richard Parker" feeling...not good.

"Richard paaaaarker"! Best part of my day.....reading these posts. Just wish I was there

I get so sick on these little boats too! I think it's genetic. I'm jealous of the snorkeling. Sounds awesome.