...and the rest of Seattle. 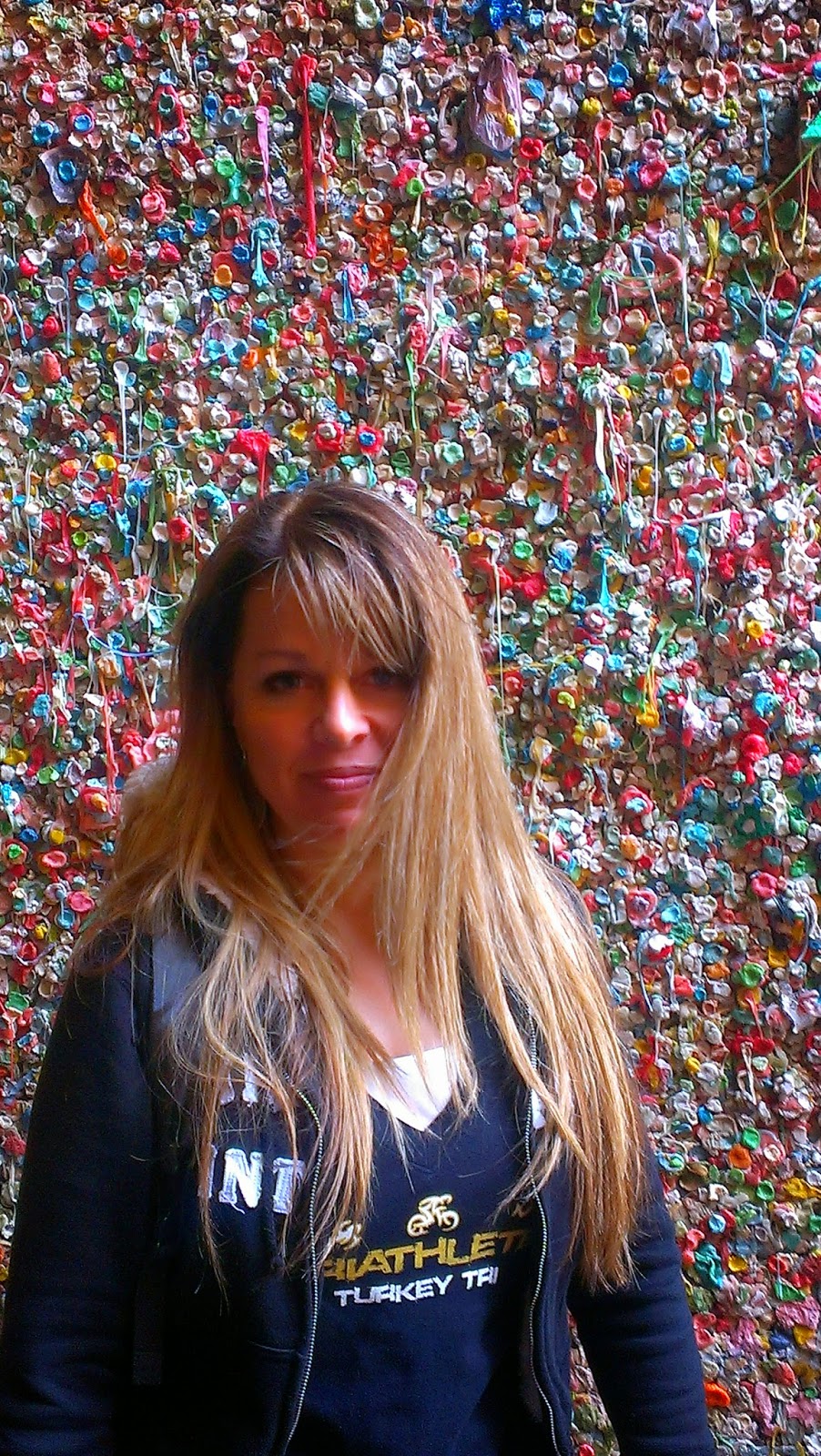 There were a few other places we had to see while in Seattle. One was the gum wall. Actually...I probably could have done without that. Eew. 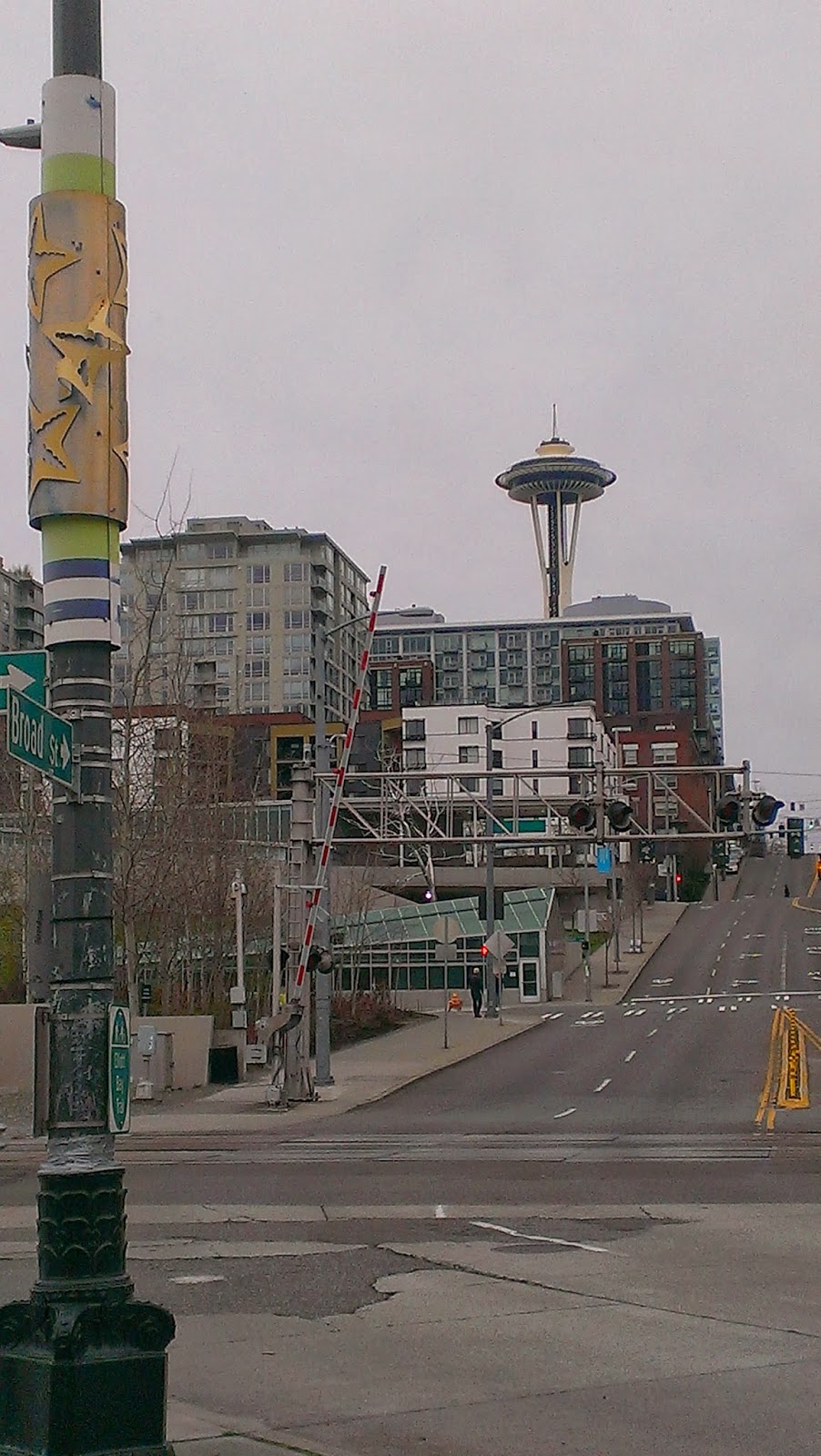 I've always found one of the best ways to see a city is to walk it or jog it. That first morning waking up in the hotel room, it was a struggle to make the decision to go outside because it looked so gloomy and drizzly, but once I was out, I was happy. This was...not my most challenging run. More fun to stop and take pictures of everything. 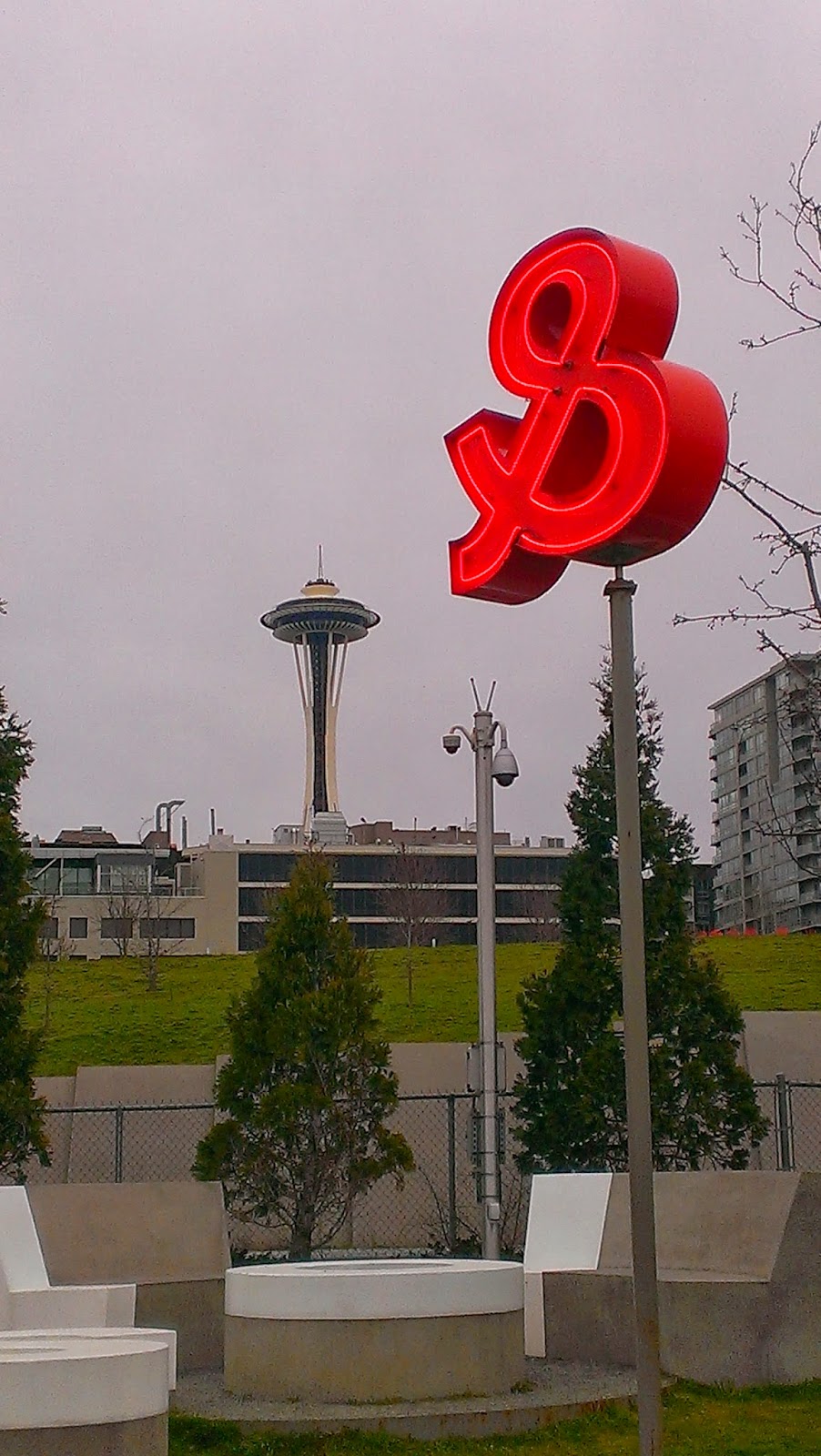 Anyone know what this building is? Right on the water with a big bird on the top. I thought maybe it was the Seattle Seahawk's building...or a brewery.. 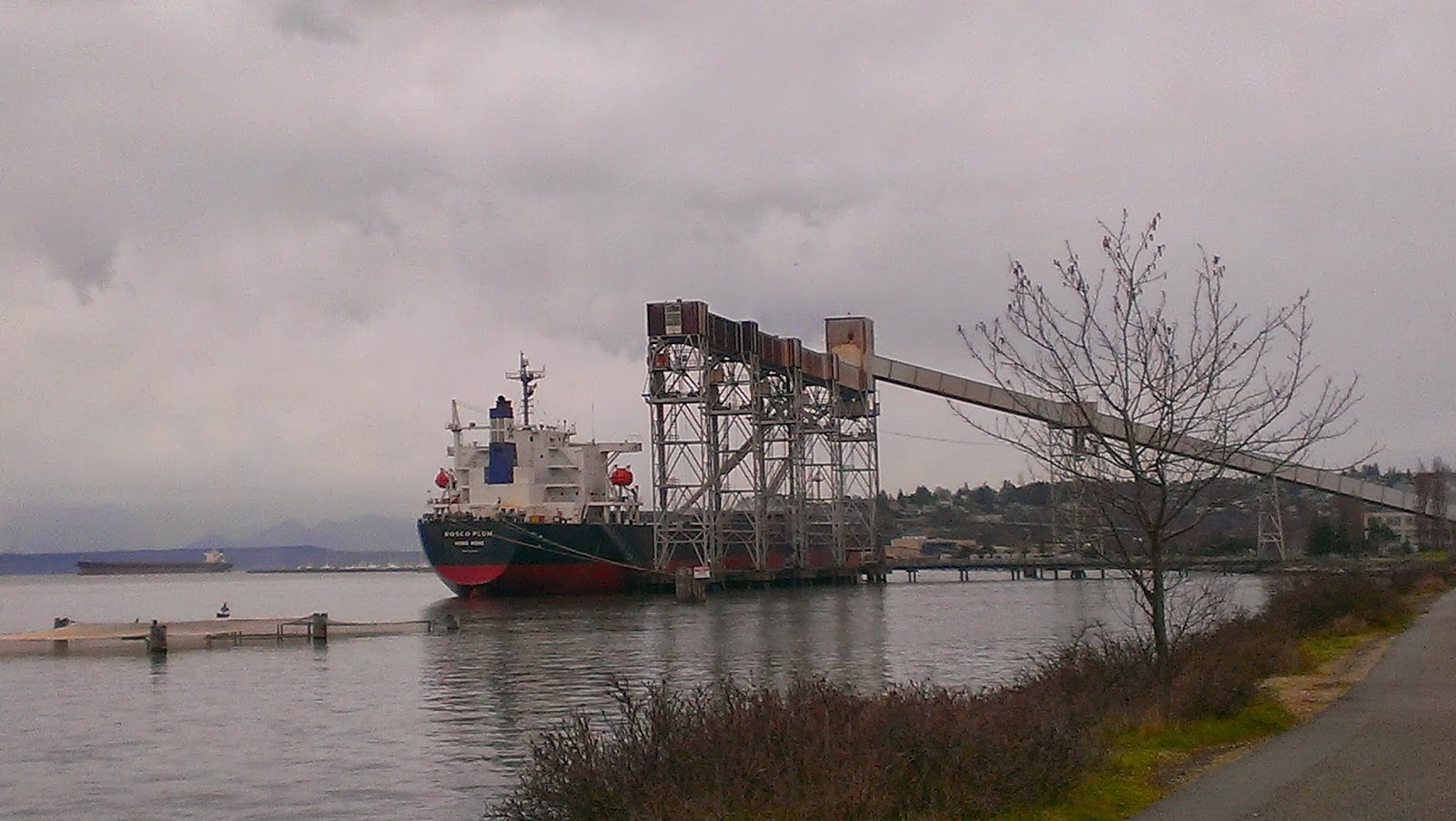 Huge ship being loaded with grain. There was a sign that told how many tons of grain were shipped out every day and it was impressive, but since I ain't a numbers girl it didn't stick in my head. 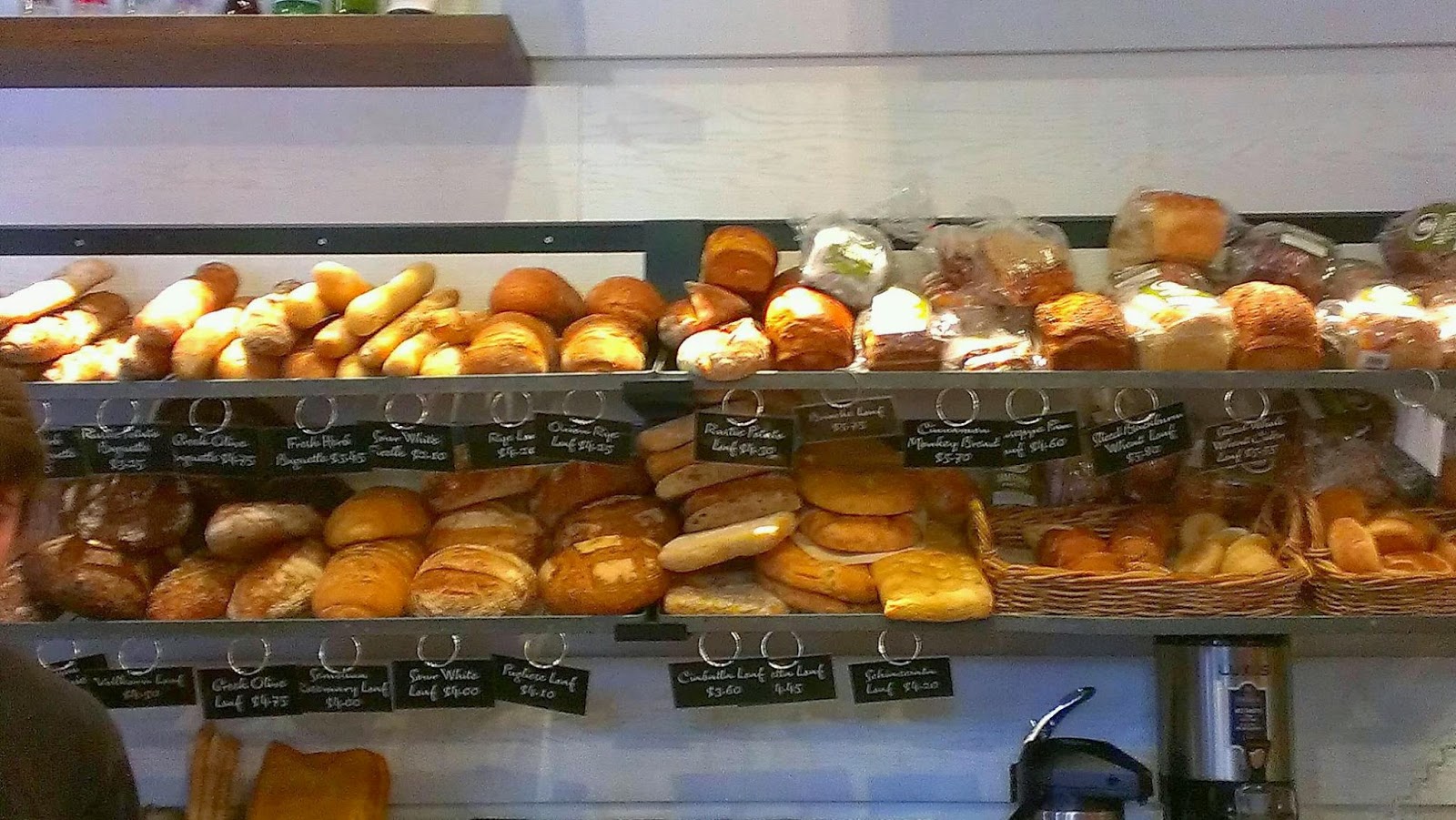 Speaking of grain...we hit up three or four different bakeries while in town. I tasted some amazing bread. This was Macrina bakery where we went for what turned out to be brunch (like 11:30). We were hoping for breakfast, but you know how that goes with a little kid on vacation. 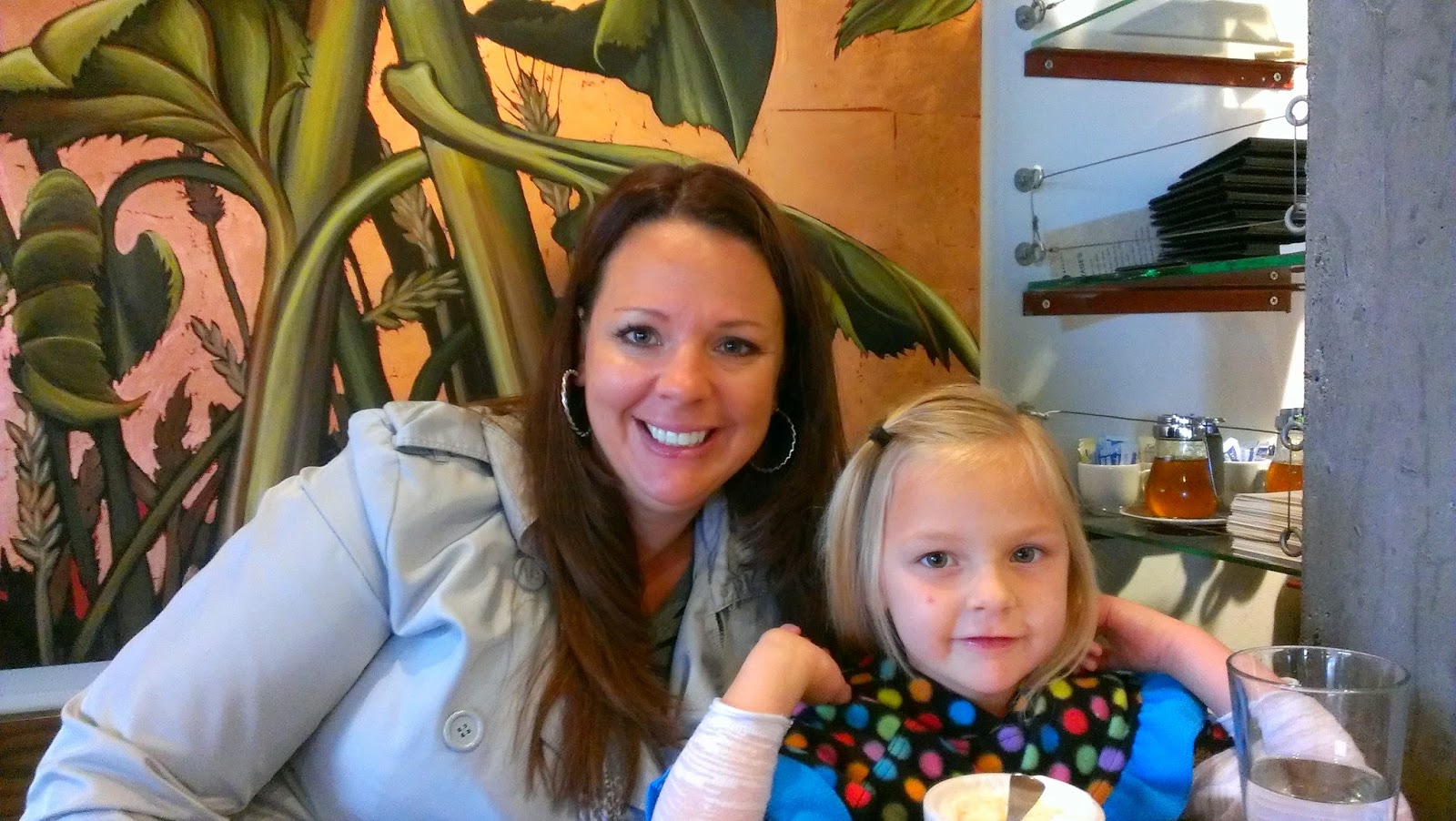 Brin was a trooper overall though! She really was so good natured for the whole trip. This day though --because of brunch, we were starving about 4:30. I told her we had to go get "Linner". Oh.My.Goodness. She did not like that word! It was so funny. She kept repeating it and saying how it wasn't a real word and was stupid. I think it got stuck in her head or something. I was cracking up. 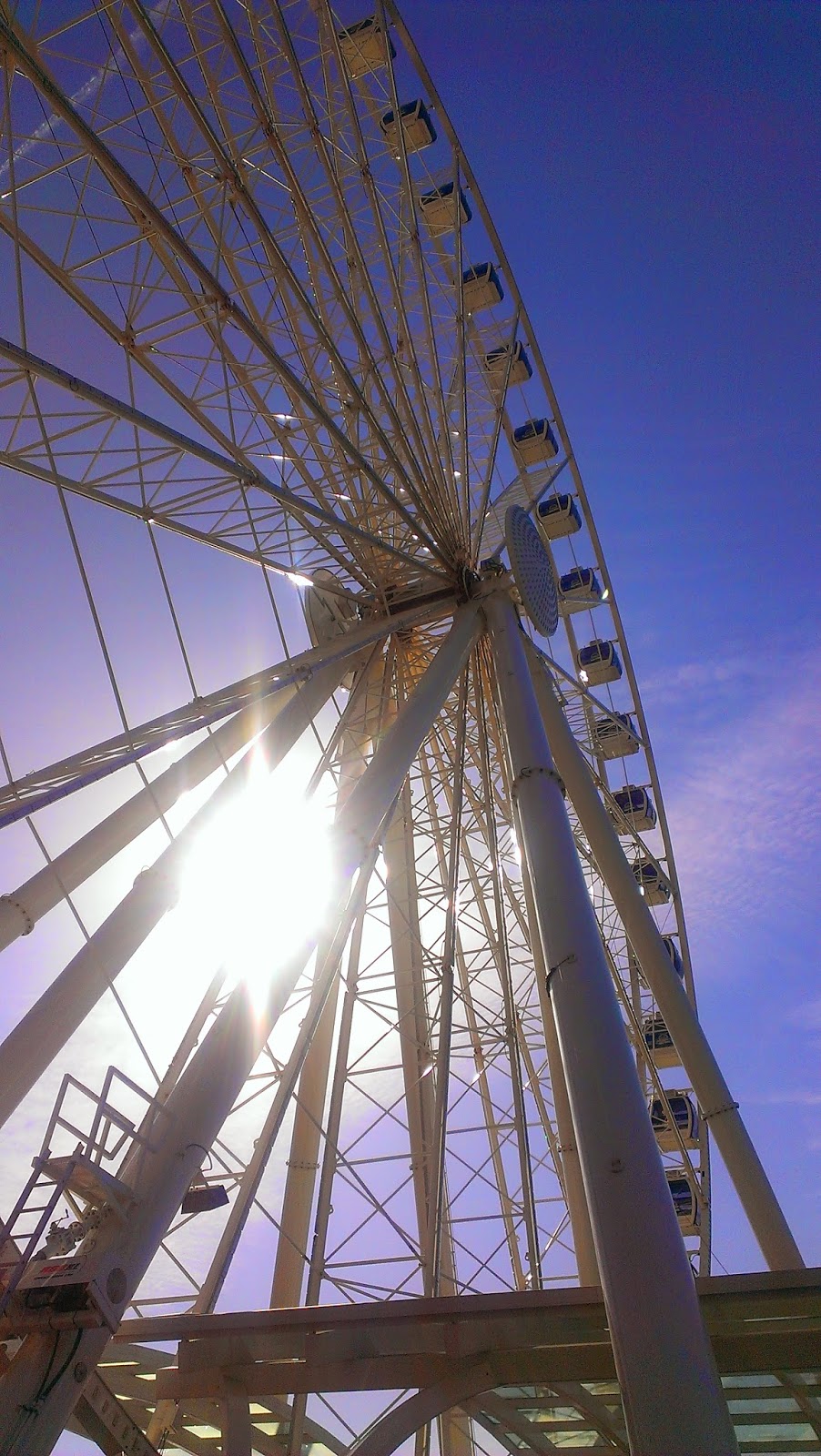 Down on the water is a huge Ferris Wheel. Brin wanted to go on it the whole trip, and finally talked her mom into it the last day. I wasn't super excited about it, but planned on going with until I saw the price was $13.00. Then I decided to pass. 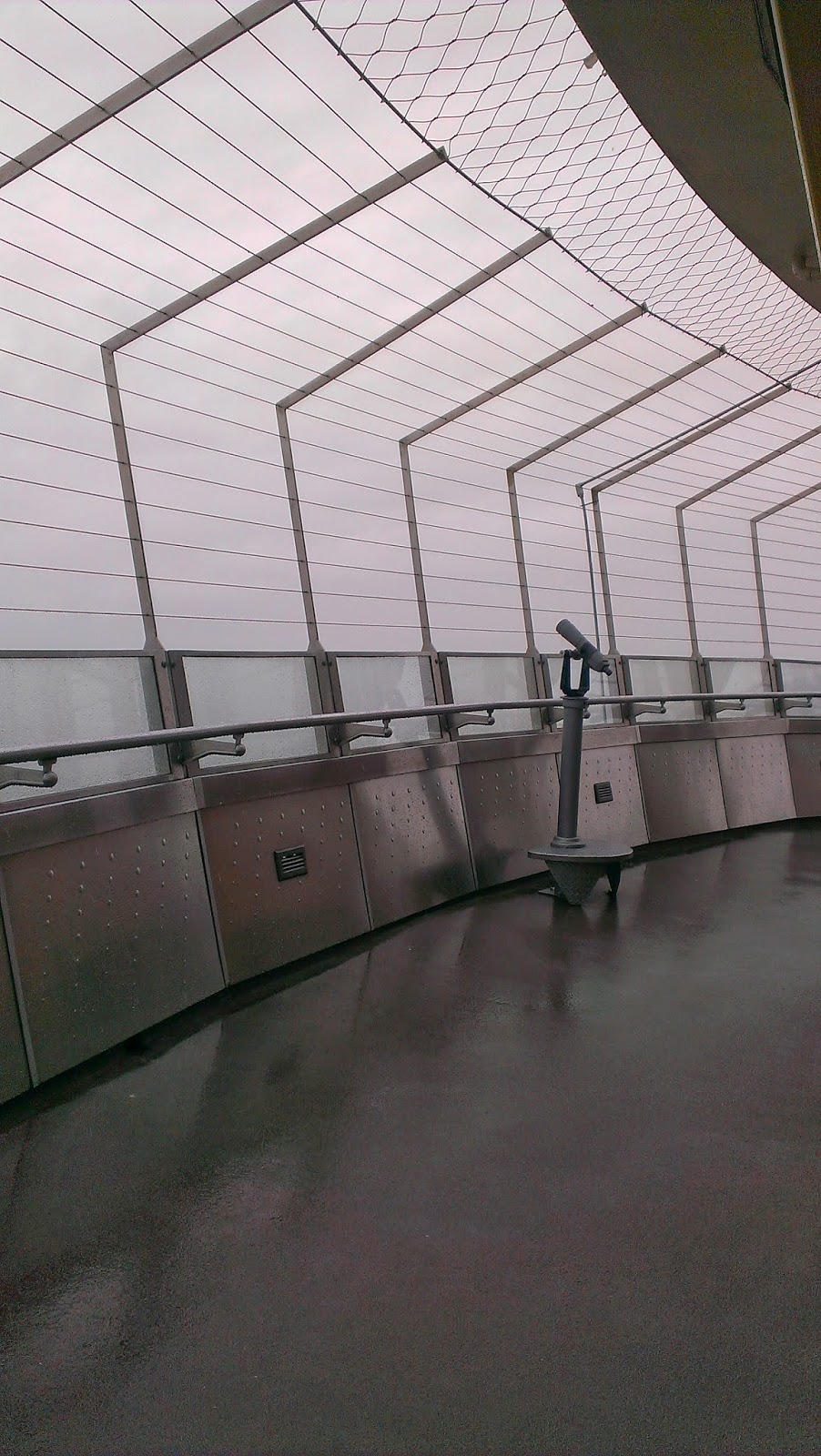 The Space Needle. It was part of our city pass, so we went. Meesha and I were happy to stay inside with it this rainy and look out through the windows, but Brin wanted to see! 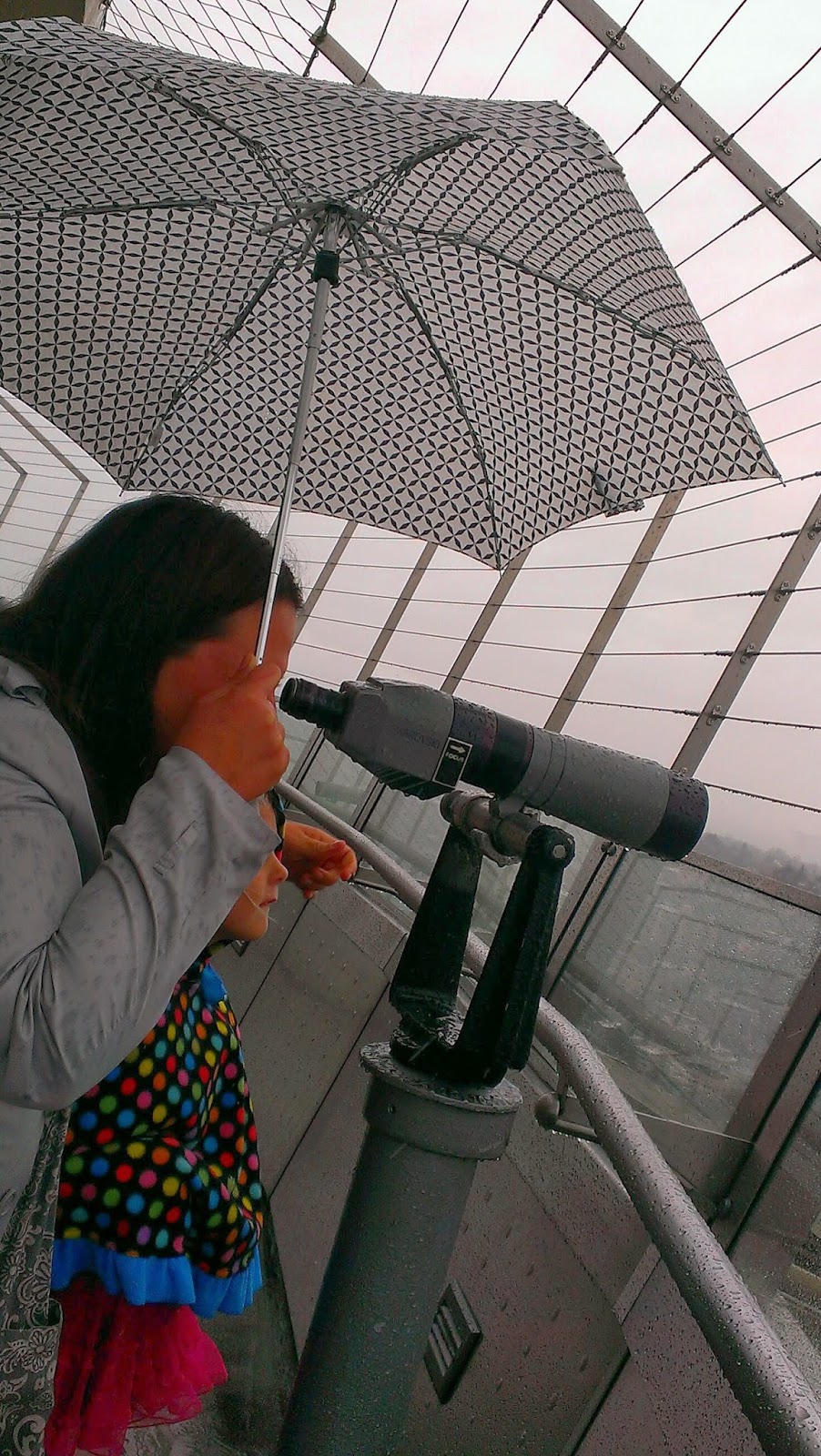 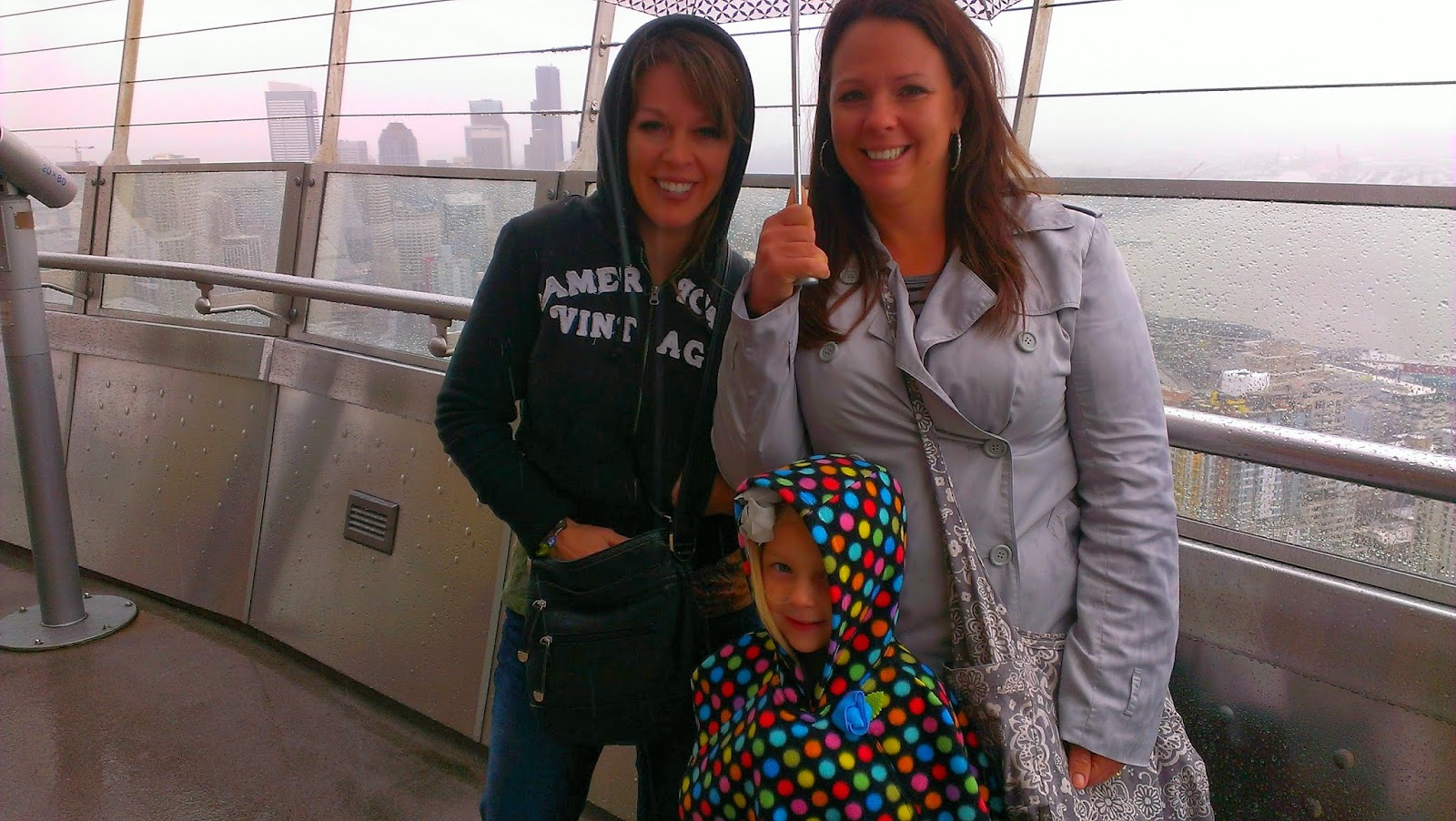 Our last full day in Seattle, we were there with Kira and her family too, and they suggested the Chittenden Locks, and fish ladder. I had never seen either of these things in person before, so I was game. 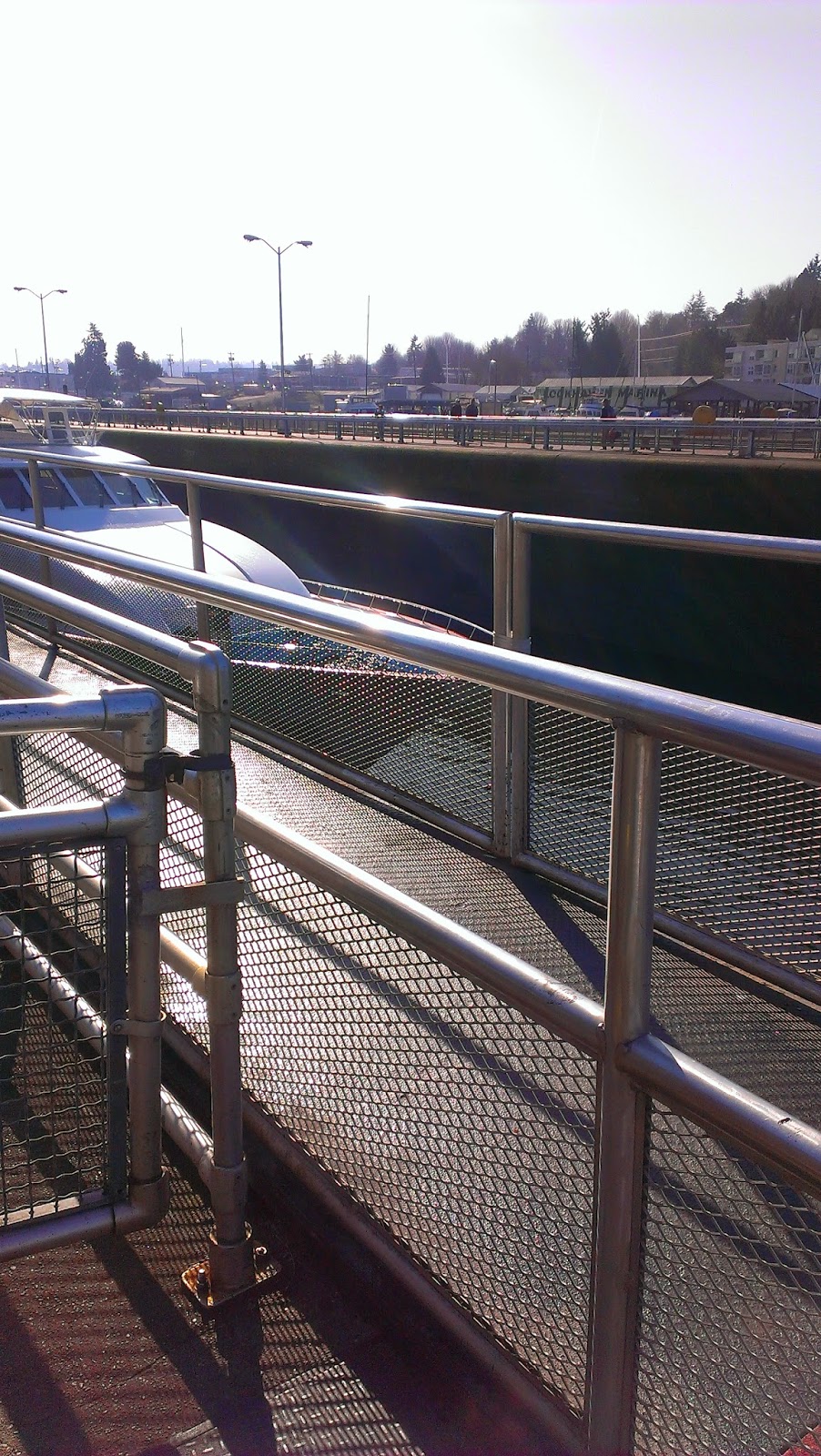 Do you know what's hard to get a good picture of? A river lock. See this boat above? They close the river off upstream and downstream from it, putting it into a little water pen. Then the water level raises or lowers to match the part the boat wants to go into, and the forward gate opens up for the boat to move forward. I guess with the tide, the river level and sea level can be really different and this keeps the passage safe. 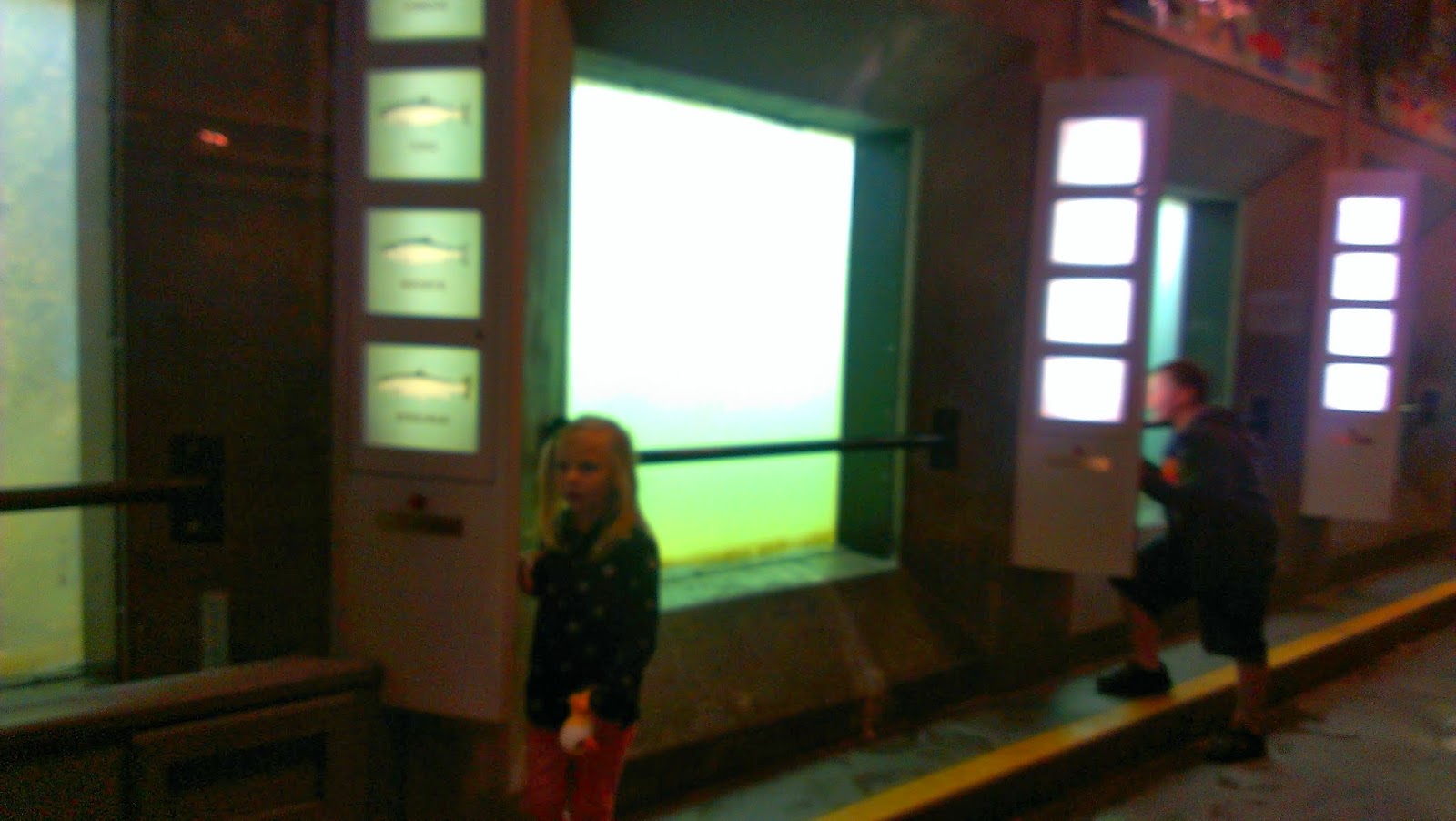 Second hardest thing to get a picture of? A fish ladder. These were windows looking into it. The fish are trying to swim upstream, and the "ladder" gives them places to rest on their way. Otherwise with the dam, they couldn't make it upstream. OK honestly? I'm kind of worried about the comments i'm going to get with my simple, uninformed explanations. Be nice --this is the gist right? 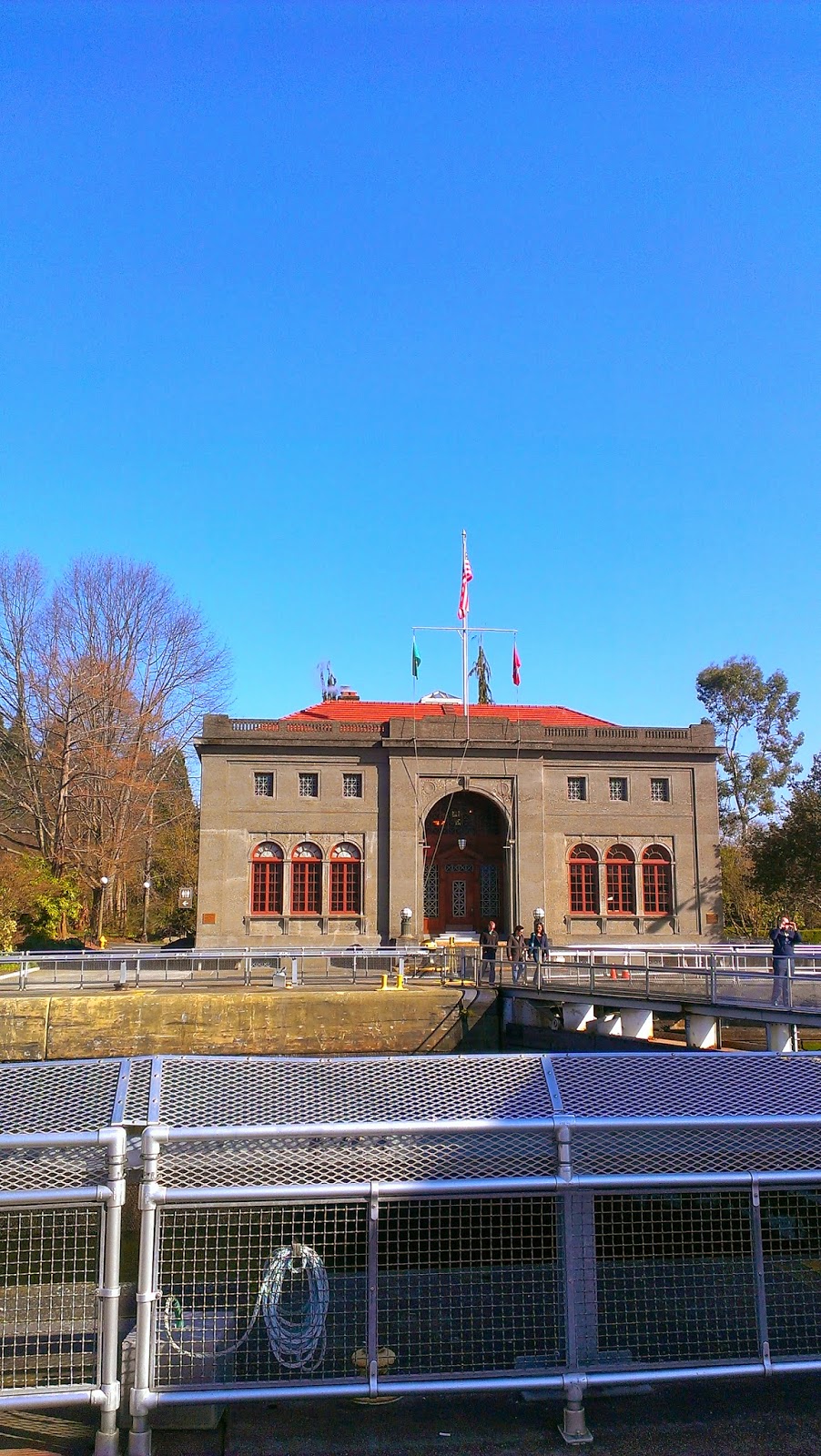 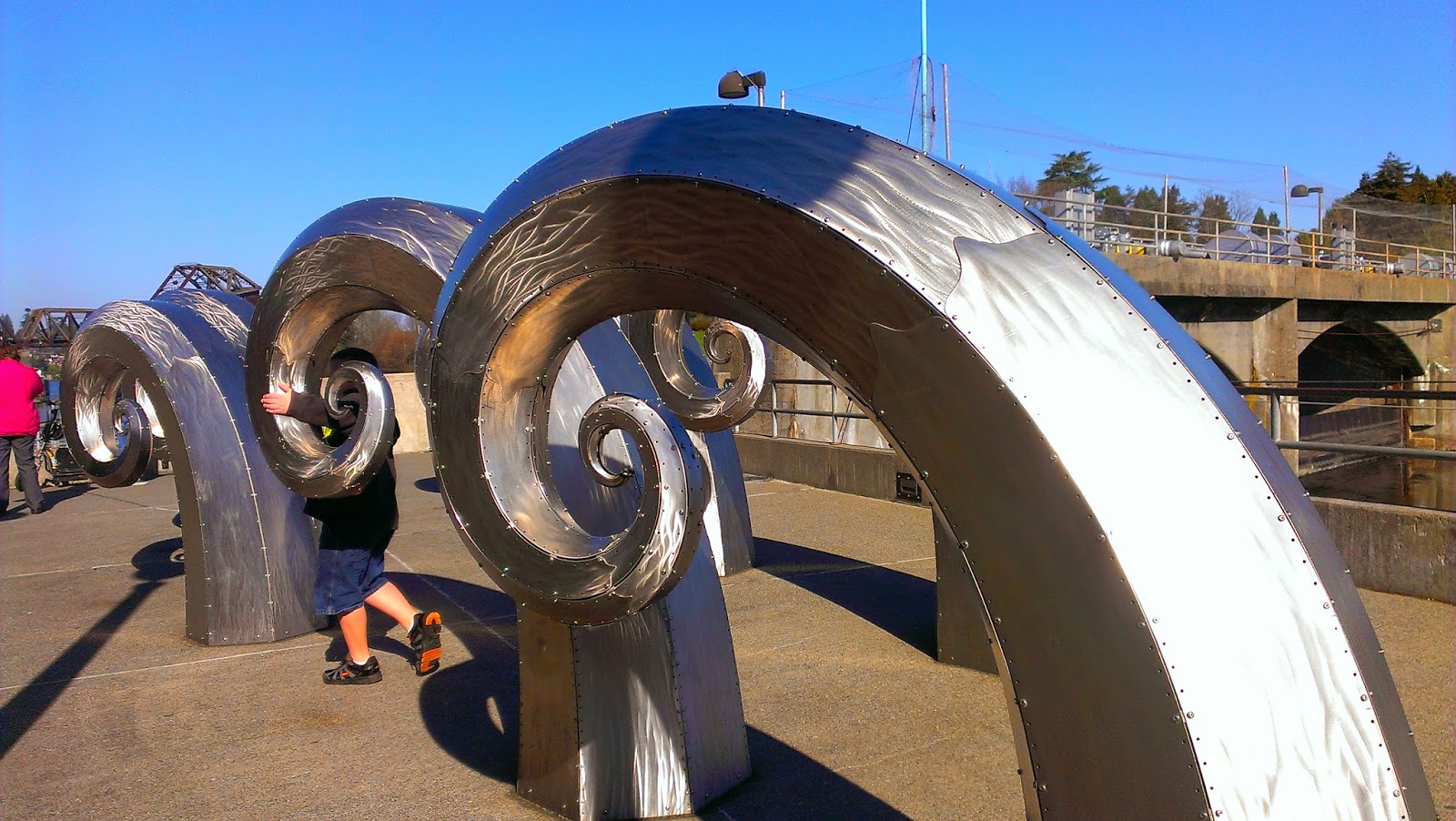 Loved this sculpture at the locks. 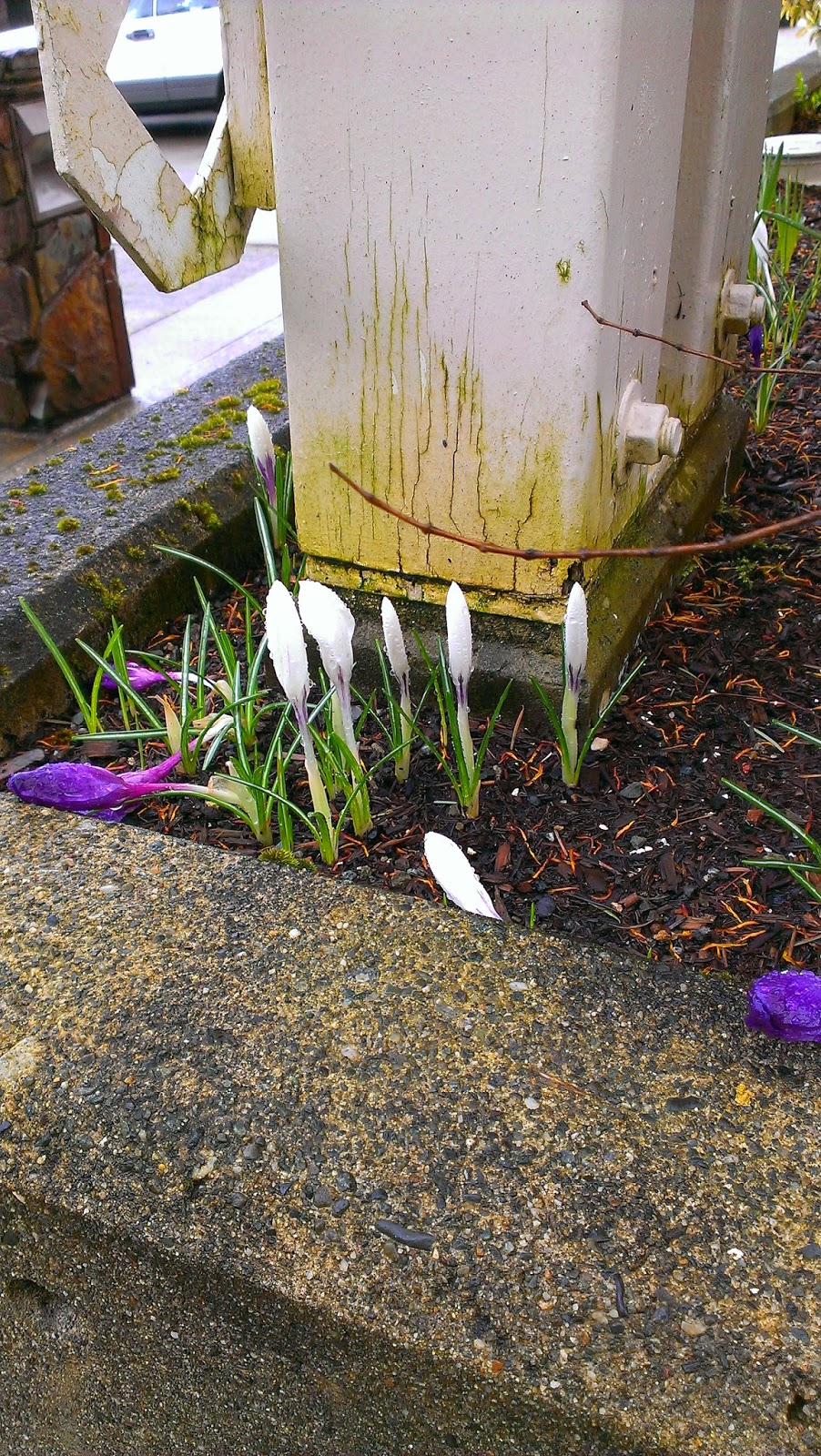 I felt so spoiled seeing all of these flowers here in early March! They were way ahead of us in their spring season. 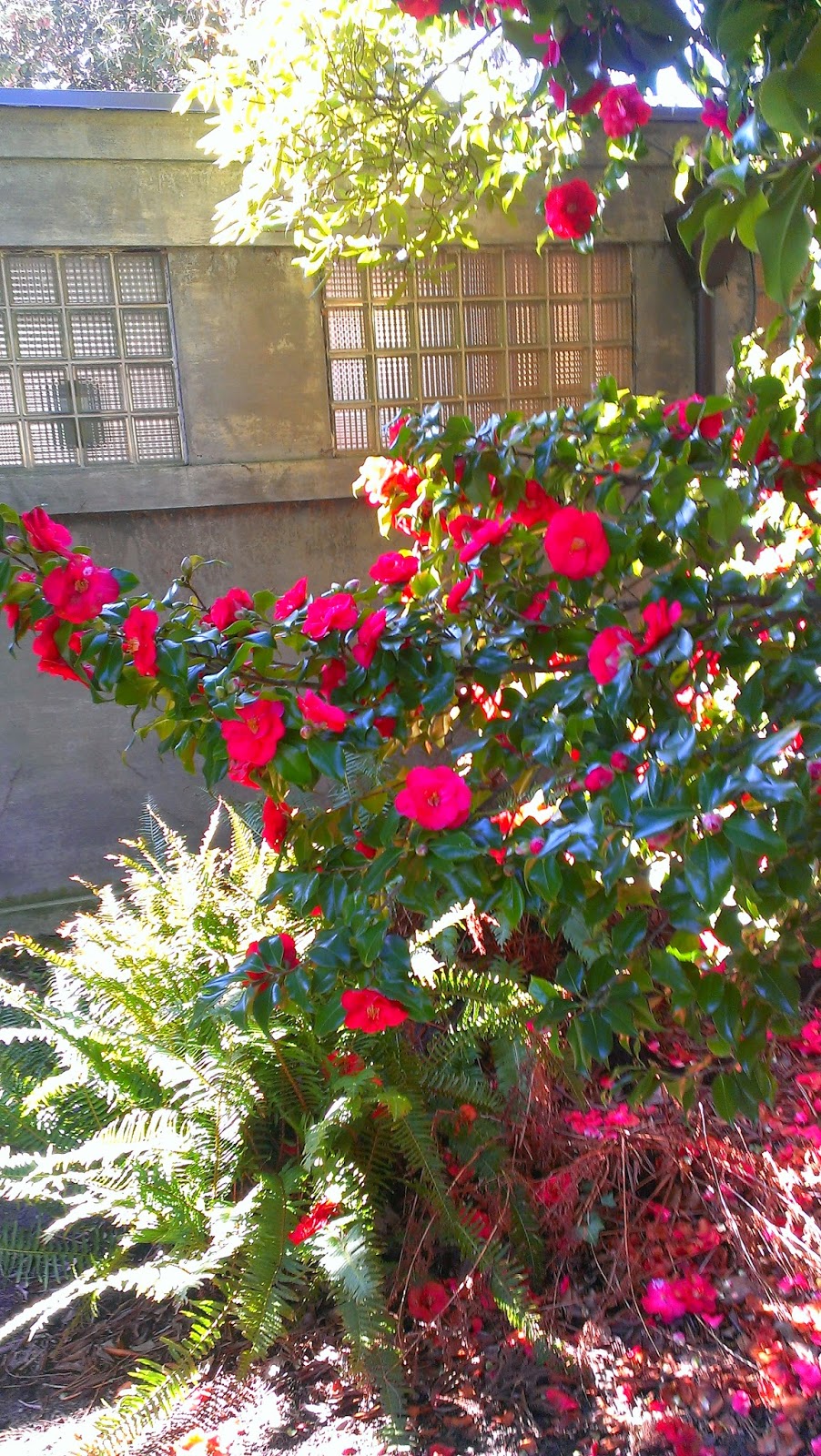 Around the locks was a beautiful botanical garden, and I took picture after picture. Here are just a few. 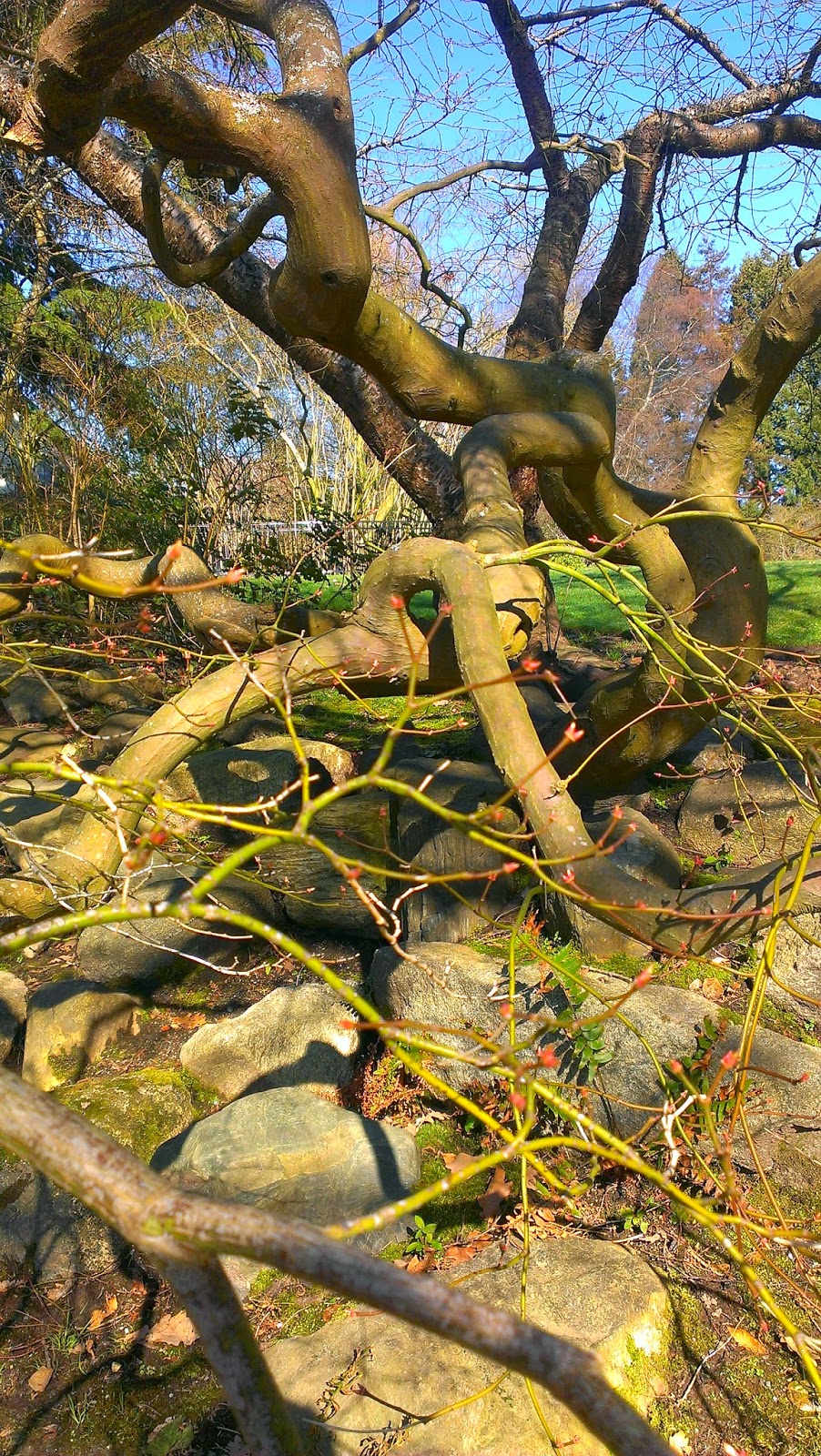 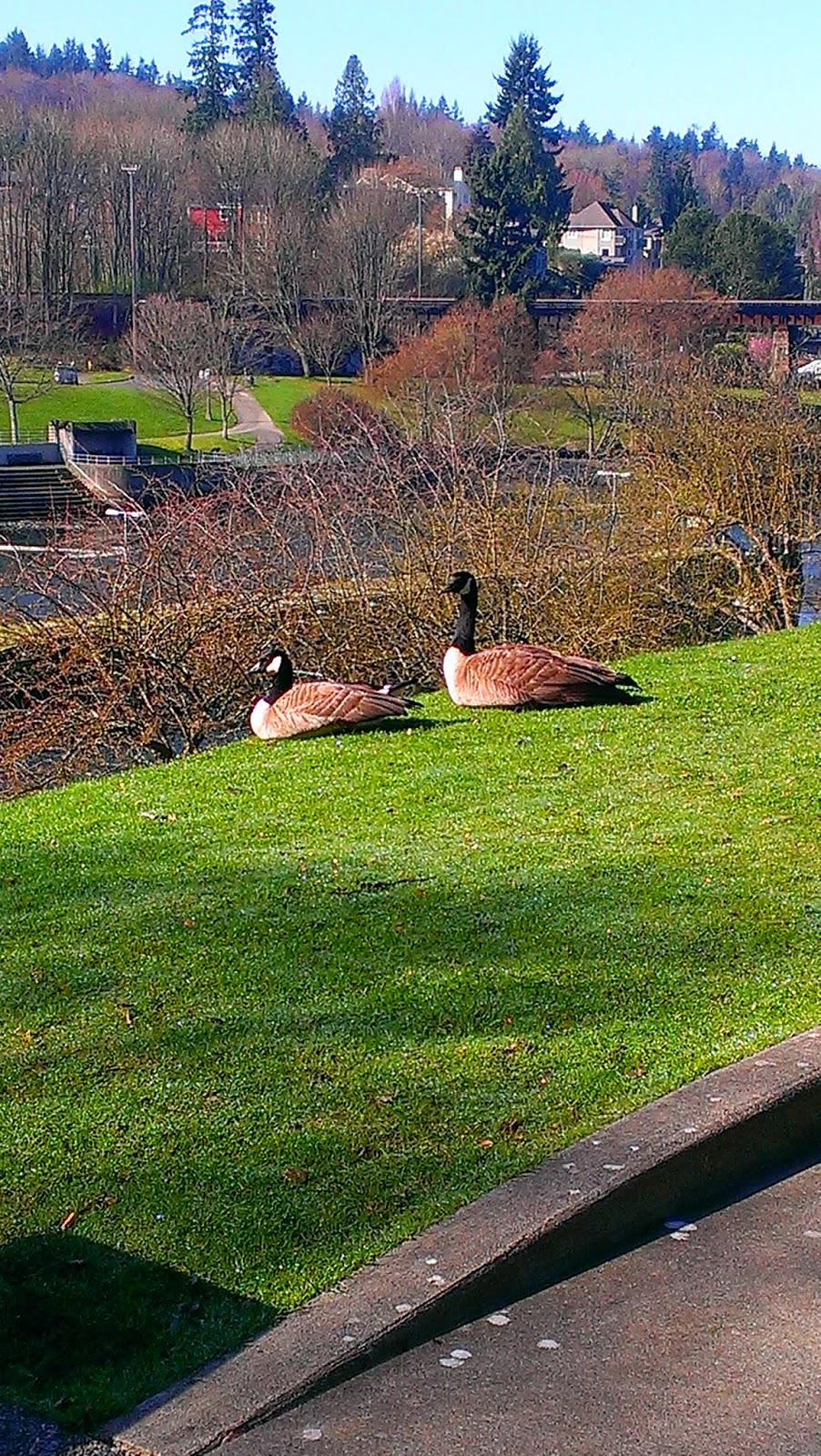 Wish we could have come. Looks fun.

I really loved our time in Seattle last summer.

You should probably come down here. Our spring wild flowers are out and they are crazy beautiful. And I think your lock and ladder description was good. The Palmers took me there too. Were the fish running? I didn't see a single one when I was there. Also, Linner!! That is hilarious.

Lovely pictures again. So glad you recorded all of this. Helped me to feel like I was there too.

Glad you came. No idea on the bird building either :) I need some linner