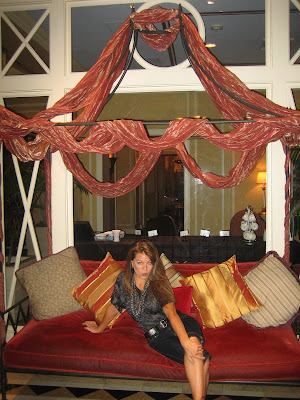 Jeff and I have been saving up our sky miles for --forever and finally decided to cash in for our anniversary. First we were going to go to Costa Rica. Then we realized we had to set our sights a little bit lower, looked at swimming with the whale sharks in Cancun or Isla Holbox, then decided with hotel and everything, continental U.S. was going to have to do it for us.

I spent a spring semester in Monterey studying marine biology when I was about 20, and have wanted to go back ever since. It's been a long time! This was my opportunity. I planned our trip out with 4 nights in a hotel there, with a day in Park City and a night in Salt Lake right before we left.

Jeff and I got some deal off of KSL to try the two Park City ziplines, and the alpine slide. Soooo fun! here's a link showing some grandpa going down the zipline (it was drizzling a little so we didn't get pictures or video) and here's the info on all of the rides up there. Jeff wanted to race, but I knew (from my Jr. High physics class) that if he weighs more, the momentum is going to be on his side so I didn't agree. Yeah, then I beat him both times. No, I don't weigh more than him! 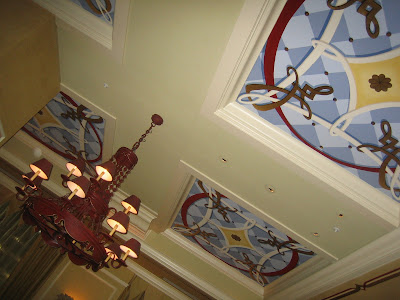 After Park City, we spent the night in the Hotel Monaco. What a beautiful building!! The top picture is from the foyer right where you walk in. These two are from the main lobby. Jeff said he didn't feel really comfortable there, and I think the decor was geared more towards women or gay men. Secretly I didn't feel hip enough for that place either but kept it to myself. Does it mean anything to anybody when I say it seemed like Rocky's (the old SLC mayor's) crowd there? Later we walked to the Gateway for dinner, and coming back, watched a drug deal in progress on the corner by the hotel. I think we're going back to the Hilton next time. 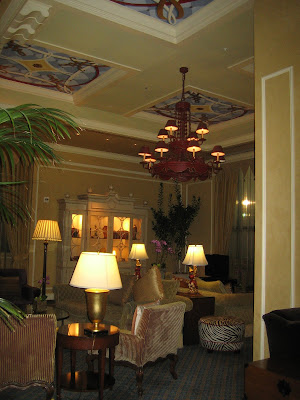 Remember Deja's post about matching? Here's a question for that crowd. How do these all prints match in one room?? But they did. This was our room and it was beautiful. 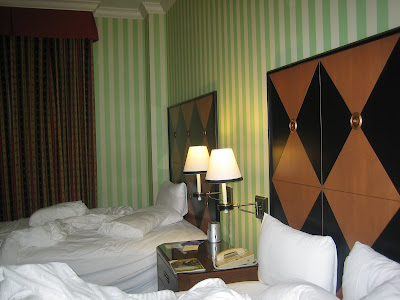 Two queens. No king rooms left. That was a bummer. I need to say how grateful I am that they upgraded us from the "two fulls" room we were first put in. We just messed one bed up, and then the other since we wanted our money's worth! I'll post about Monterey tomorrow, so come back.
Tweet
Posted by Amara at 1:22 PM

Looks like a neat place. So glad you had a good time and you are back safe and sound.

I was really hoping to see you in a picture with your sequin top. Maybe those pics are still to come. Glad you had fun, it is always nice to get away.