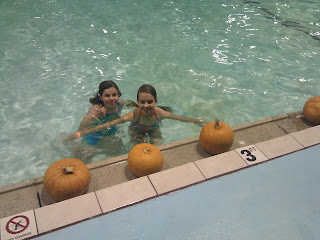 To help get in the mood for Halloween, we took the kids to the local "Pumpkin Plunge".  They throw a million pumpkins in the pool, and the kids play with them, then get to pick one to decorate.  I saw water dodge-pumpkin, pumpkin catch, and kids using the pumpkins like water wings. 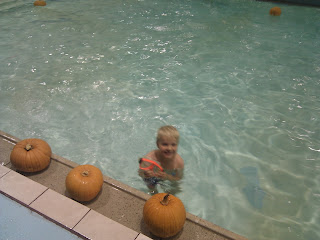 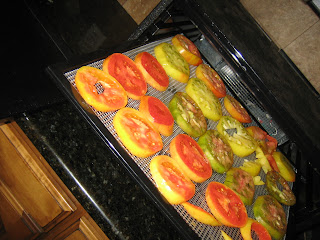 We had a bumper tomato harvest this year, but the difference is this year I have a new toy to play with to save them: the (drumroll please) EXCALIBER 9 TRAY.  I know --sorry to shout, but I've wanted this dehydrator for so long! 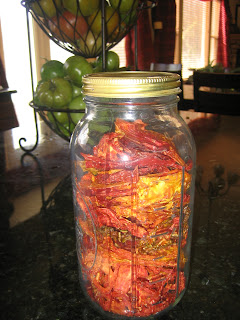 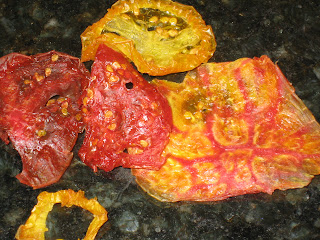 The tomatoes came out so beautiful with their different colors, and they taste GOOD just by themselves. 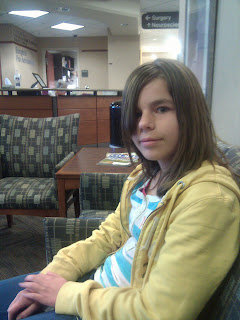 Ari went to the hospital on the 28th to get the surgery done for her cochlear implant on the other side. 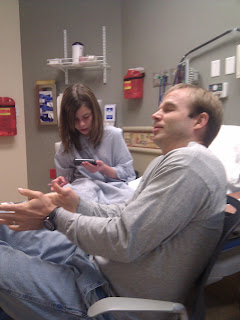 She started getting a little nervous before the anesthetic, so Jeff pulled up backgammon on his phone to calm her down. 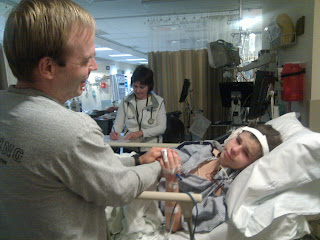 They just finished the surgery and were bandaging her up, and she woke up.  They quickly finished and wheeled her into the waiting room where major pain meds were administered.  We were told originally that this would be a far less invasive surgery than the first time, but it turned out the same.  They still had to make a huge incision, and hollow out a place in her skull for the processor to sit in.  She still has recovered very well, although as of today still needs some ibuprofin or tylenol a couple times a day. 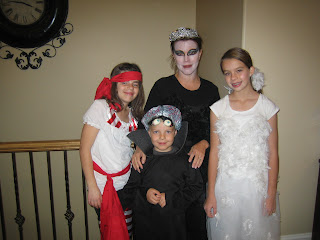 It didn't stop her from dressing up and going trick or treating though.  I made her pirate costume and Tia's and my black and white swan costumes. Kai had his heart set on this alien costume he'd seen online.  Fine with me.  One less thing to sew. 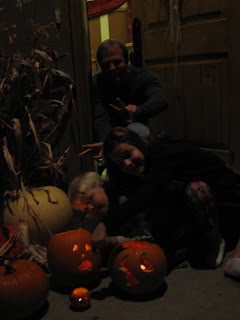 We had a happy Halloween!
Tweet
Posted by Amara at 6:53 PM

Glad all went well with the surgery! So this will be an implant on either side? I am really ignorant about these, do they start with one side and do the next later? or do one then see how it goes? I am probably not asking these questions very well, but it is a really interesting subject. It looks like you went to the U to have this done? If so, I hope all my peeps treated you well!

Love the tomatoes. We may need to get a dehydrator. Also love Ari. So, hope she is without pain meds soon.